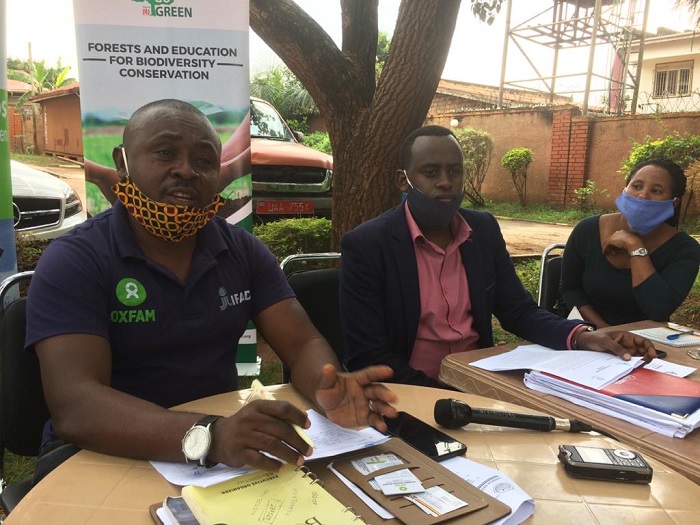 Youth to Petition M7 & Parliament over Bugoma Give Away

Ugandan youths under youth Go Green a vehicle they use to advocate for environmental and climate change issues are to petition the president of Uganda and parliament seeking their intervention in the give way of Bugoma forest by NEMA.

According to Edwin Muhumuza the executive director Youth Go green since the president has on several occasion fronted himself as a champion in environmental conservation and protection, its high time he exercised his power on this matter.

The youth who want to use other measures to fight for the forest if the government fails to listen to their cry are reminding the environment minister who once staged a huge demonstration in Kampala to save Mabira to expeditiously act on this matter.

Meanwhile, the coordinator, resilience, and climate change at OXFAM-Uganda Jackson Nuwamanya note that cutting down of Bugoma will increase on highlighting inequalities among Ugandan communities and vows that OXFAM will move the war to global fora to see that the forest is saved.

Environmentalists in Uganda have made calls to the government to take action against what they have termed as a selfish plan by some authorities in government and investors.