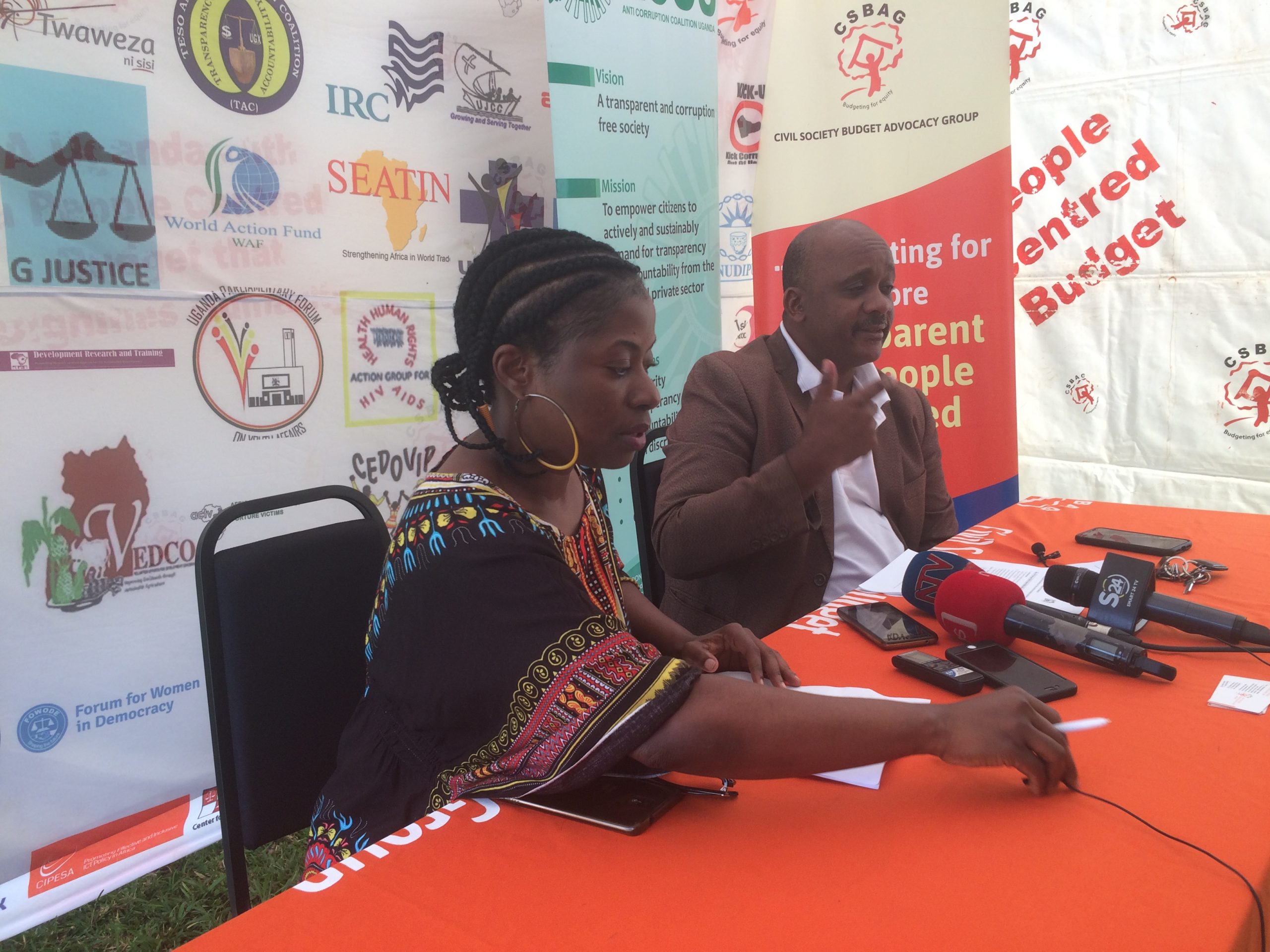 The executive director, Anti Corruption Coalition Uganda, Cissy Kagaba and her counterpart for Civil Society Budget Advocacy Group, Julius Mukunda are raising serious concerns over the increasing mischarges of funds, un approved supplementary budgets, duplication of investment, revenue leakages, garnishee of govt funds among others by government Ministries, Departments and Agencies, commissions, statutory authorities, districts and enterprises which to them are leading to losses.

Addressing a joint press conference , the tax advocates say, the above issues among others highlighted in the auditor general’s report of the financial year 2018/19 are a new form of graft in government leading to losing over UGX. Trillions that would have been used to fund better priorities.

Kagaba further states that the continuous practices of ministries, departments and agencies and local governments charging wrong expenditure codes to a tune of UGX.384.8 billion, not only undermine the budget process since funds are not actually used for the intended purpose but also leads to financial misreporting.

Reading from the auditor general’s report 2018/19, a total of UGX.303.3 million was mischarged by NAADS, UGX.169.7 million by Uganda coffee development authority, UGX.599.3 million by Uganda tourism board. At local government level, the situation was worse where mischarges of UGX.1.5 billion were registered from districts and municipalities.

Now the advocates are challenging govt to come hard on all the accounting officers who fail to follow the laid out plans for the financial year.

President Museveni Sympathises With The Citizens Affected by -Border Closure