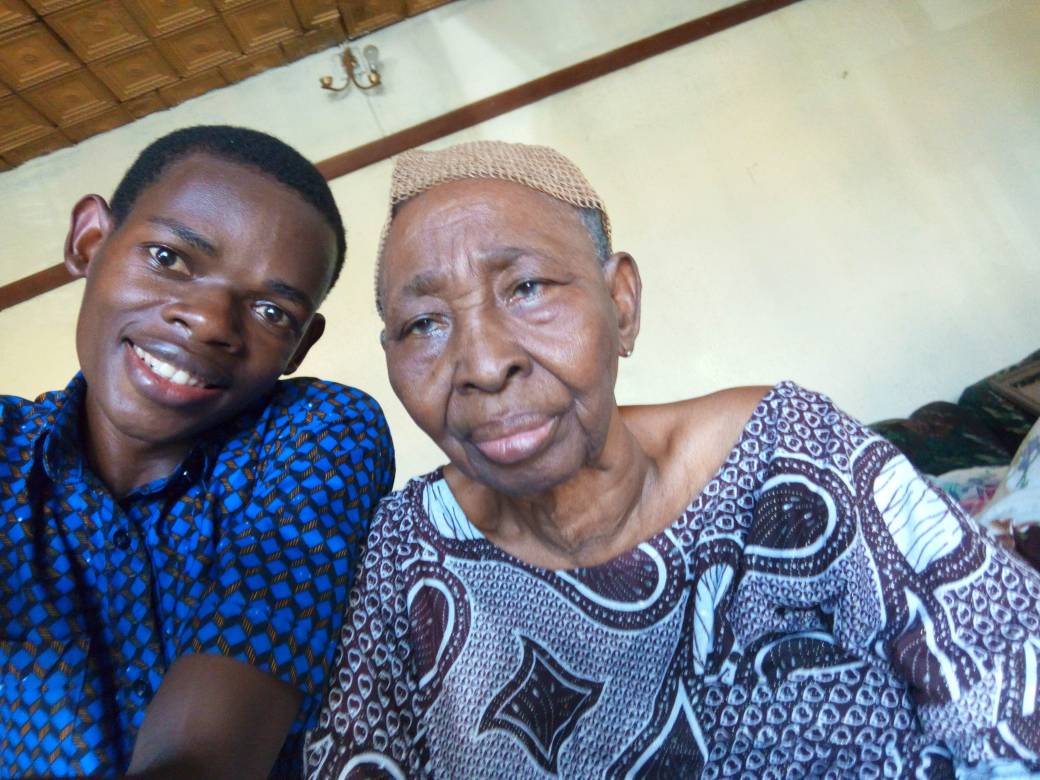 Born in Nigeria, Alhaja Onikoyi-Laguda today marks her 92nd birthday but for all these year she is leaving with sickle cells.

Onikoyi who came on earth way back on 1st November 1925 did not know that she had come to this plant with sickle cells, a disease that causes blood disorder among those that are carrying and during the disorder, a patient faces numerous crisis that sometimes compromise of pain in bones mainly arms and legs, sometimes abdominal pain, headache which then sees the patient loss his or her stamina forcing them to lay always lay down not until the crisis elapses.

A crisis can only pass over if a sickle cells patient is offered medical treatment after being diagnosed by well trained health experts.

According to information provided to us by Ashraf who appears in the photo and  also carries the same disease and leave in Uganda, Alhaja Onikoyi amazingly gave birth to six children despite having the sickle cell disorder which health experts warn against since the patients always need to have blood in them and bringing a new life on earth sees pregnant women release too much blood something that is dangerous to their health.

She further reveals experiencing challenges in her early years of childhood among them being extreme pains where she could ask those around her to sit on her to relive the pain since it was unbearable but as time passed by, the pains seemed to disappear.

The secret behind her long stay on planet earth is living adhering to a health life where she only subjected herself to eating vegetables, fruits, drinking too much water, doing physical exercises, avoid emotional stress and avoided cold conditions since they trigger crisis among these special people but most importantly she has maximum faith in the almighty and always reads the bible and Quran to keep her strong and moving in life.

Ashraf further reveals that Onikoyi has made 13 pilgrimage trips to Mecca with most of these sponsored by the Federal government of Nigeria where she was meant to guide those who were traveling for the first time hence attaining the title of Alhaja.

Despite the sadden death of her husband who was buried next to their house and always keeps experiencing his memories, she boosts of now having 11 grand children and great grand children.

A few people like Alhaja Onikoyi manage to live this long with sickle cells disorder.

Most African countries are still finding it hard to treat or manage the sickle cells disorder as compared to developed countries something that continues to worry patients and their loved ones but Alhaja Onikoyi and Ashraf advise sicklers to always feed well and stick to medical guidance for better and healthier lives.