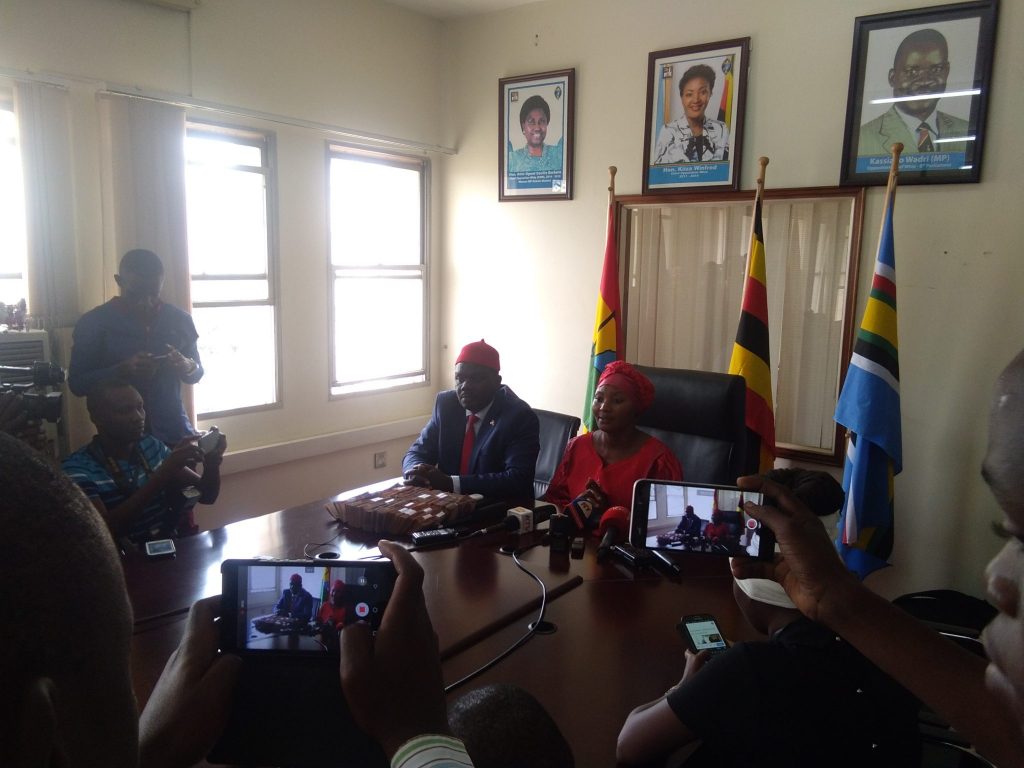 The leader of opposition and the deputy chief opposition whip and also Rukungiri municipality member of parliament Roland kaginda have in total returned 58m meant for  age limit consultations .

This brings the total to 11 MPs who have so farc returned the money to parliament.

Leader of opposition Winnie Kiiza said the money wasn’t given in good faith, because it was never budgated for by parliament.

Kizza said that all  Parliament procedures were violated, no meeting of the Parliament Commission sat to allocate for the 13 billion shillings for  the age limit consultations.