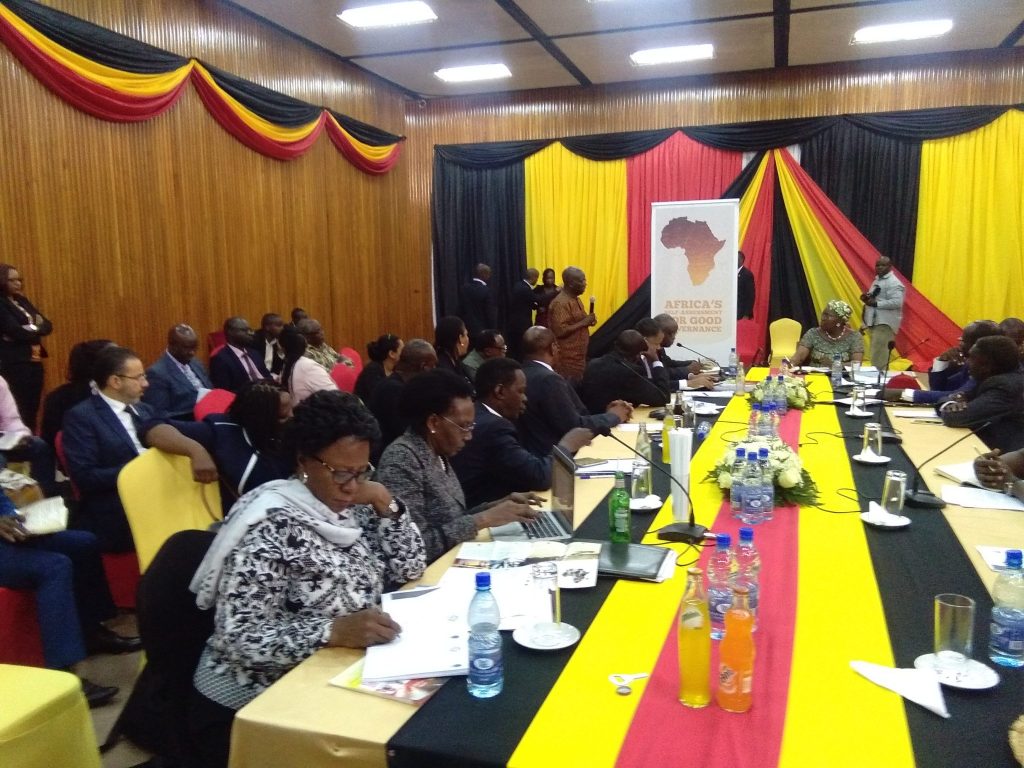 The Speaker of Parliament Rebecca Kadaga says the recent chaos in the house was due to the tension over the age limit removal bill in the country.

Kadaga was responding to a question by a member of the African Peer Review Mechanism on the recent incident where some MPs opposed to the bill were forcefully removed  out from the chamber of the house.

Kadaga also told the group that helps Africans in assessing themselves in good governance that the chaos was due to the fact that some opposition MPs had turned rowdy, those she suspended refused to leave  the chamber on the orders of the Leader of the opposition and later she also realized that parliament had been surrounded by heavy security deployment for almost a week.

She also told the review team that multiparty politics has affected the independence of MPs in the house by parties monitoring what their members say.