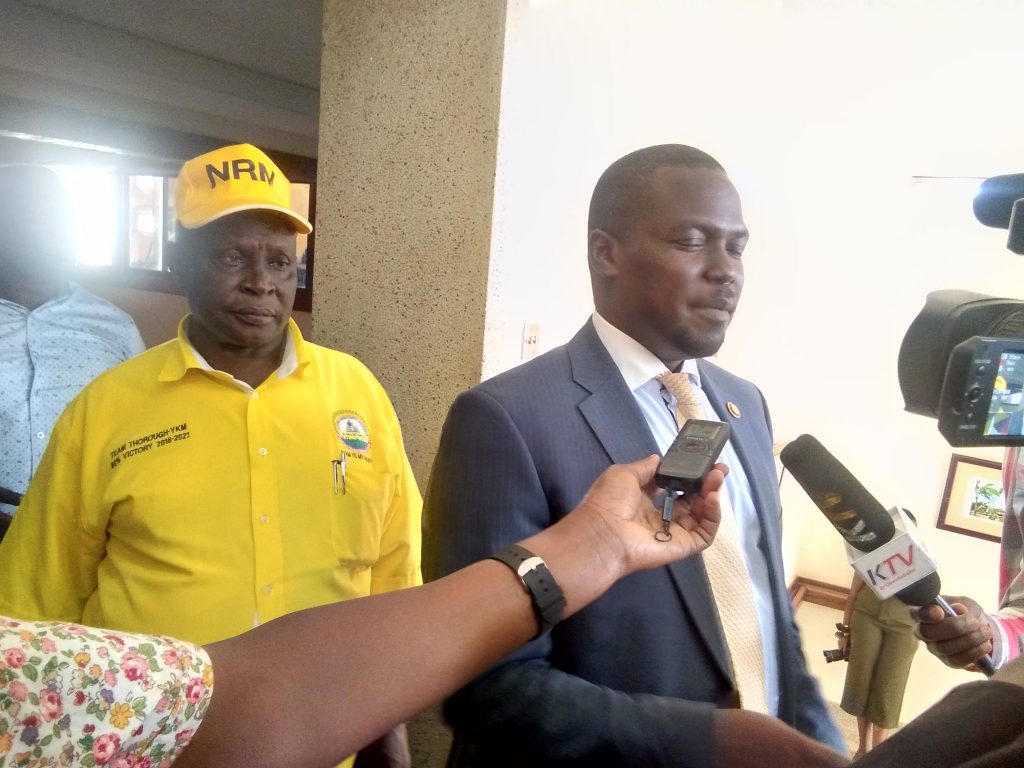 Arua Municipality Member of Parliament, Ibrahim Abiriga, popularly known as the yellow boy, has revealed why he adores President Museveni.

In an exclusive interview with Eyewitness at parliament, the legislator disclosed that in 1999 in WestNile, he was arrested with other colleagues, by the former chief spy Gen David Tinyefunza, also known as Sejusa on allegations that they were planning to over throw the NRM government.

“By now I could be dead ,if President Museveni was a weak leader, he could  have  said kill them, but Mr. Museveni said no , don’t kill them ,he said if you  have clear evidence take them  to court ,that is what he said ,now how can you leave  such a person to  go ? Abiriga asked.

President Museveni was not in the country, by the time we were arrested, he was in Djibouti but he ordered the people who arrested us not to kill us, now such a person, how can we leave him to go he said.

He also added that the the people of Northern region were divided, but Mr. Museveni went and united them and they are now living peacefully, Abiriga narrates.

“My people know this story I told them, so they know why I support President Museveni, one day I asked them  tell me, if  you have somebody here   in west Nile to be a President show that person , so that i should   rally behind? There was no one, okay if Kizza Besigye and Amama Mbabazi am not with them and I know why , so I told them Museveni is somebody we  cannot  leave now, we need to prepare that person who coming to replace him  for 10 solid years ,then we can  say Muze go and rest the MP noted.

On the controversial private members constitutional amendment Bill 2017, seeking to remove article 102 (b) of the constitution to lift  Presidential age limit,, Abiriga said he had a successful consultations ,last week contrary to the negative media reports that he was stoned and abused by people for supporting the Bill, saying the rallies were massively attended.