We Have Liberated Soroti from Opposition-Ariko.

Soroti East Member of Parliament-MP-elect Herbert Edmund Ariko has said that yesterday’s polls, in which he trounced his political nemesis Moses Attan have commenced a journey to end opposition dominance in the area.

The comments by Ariko, a member of the ruling  National Resistance Movement-NRM party follow his victory in a by-election held on Thursday. He polled 9, 407 votes and defeated his closest rival Moses Attan Okia who had 8,771 votes while Pascal Amuriat, the Uganda Peoples’ Congress-UPC party candidate got 115 votes.

The by-election resulted from a Court of Appeal decision to nullify Attan’s victory after Ariko contested the results on grounds that his strongholds; Aloet and Opiyai wards were erroneously annexed to Soroti West, which he noted disfranchised more than 5,000 voters.

Now, Ariko says that the Soroti East by-election was marred with blackmail and propaganda from the opposition Forum for Democratic Change- FDC, a party that he said has a long-time effect on the new city.

The FDC has dominated the majority of leadership seats in Soroti Municipality since 2006. In the last general election that gave Soroti City three Parliamentary slots, two were taken by FDC while one went to an independent candidate who was also aligned with the same party. The party is equally in charge of the City Council leadership with the City, Division Mayors and several members of their council subscribing to FDC.

This, according to Ariko was a result of the propaganda by the FDC against the NRM achievements in Soroti and Teso. He added that his first role will be to explain to the people of Soroti and demystify the falsehood that has been peddled to them by the opposition to enable Soroti to benefit from several government interventions.

But Moses Attan, the FDC candidate says that Ariko and the NRM failed to convince the people of Soroti to vote for the ruling government and instead used force to secure victory. Attan said that he will not concede defeat imposed by the sham election.

During polls on Thursday, Attan and his agents destroyed ballot boxes at Omalera B Polling Station on grounds that the ballot papers had been pre- ticked by the NRM using security officials and party cadres. According to Attan, the NRM candidate only won in areas where there was heavy ballot stuffing.

During the declaration of results, the Electoral Commission Chairperson, Justice Simon Byabakama said that they are interested in investigating issues of violence that marred polls on Thursday. The Soroti East by-election attracted three candidates including the UPC’s Pascal Amuriat who came last in the race. 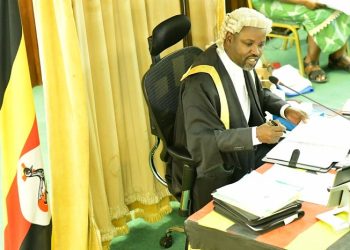