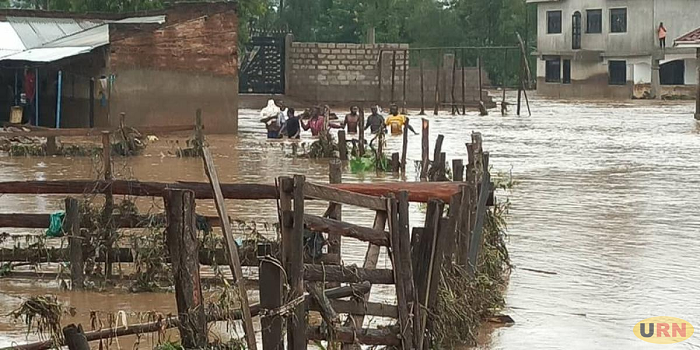 A Uganda People’s Defense Forces -UPDF Soldier and four other people have been confirmed dead following floods that have left hundreds in Mbale City displaced.

Private Sam Chemulindwa, aged 26, attached to the 53rd Battalion was swept away by the floods that hit Mbale City on Saturday evening through to Sunday morning. Bodies of the yet to be identified four other victims are still lying at Mbale City Morgue.

The rains that started on Saturday at 8:00pm till about 7:00am on Sunday morning left the areas of Namabasa, Busajabwankuba, Busamaga, Nkoma, Milo taano among others in Mbale city ravaged as they washed into people.

Several people especially in the areas of Busamaga, Busanjjabwankuba, Namatala and Namabasa have been left homeless. Crop gardens, bridges and roads have been washed away.

The flooding followed the heavy rains that filled the major rivers in Mbale City to capacity and broke their banks, filling up the roads which caused accidents as three vehicles plunged into river Nabuyonga where some of the victims are said to have died.

Ahamada Washaki, the Mbale Resident City Commissioner confirmed to Uganda Radio Network (URN) that three people drowned in River Namatala and Nashibiso. He added that there are fears that several other people have died especially boda boda riders and drivers of small vehicles.

Major Isaac Owale, the 3rd Division UPDF Spokesperson said that an officer died at around 10:00PM. He said that Chemulindwa met his death when he was coming from the army barracks before he was  overpowered by the water that had cut off the road.

Sarah Nambafu, a resident of Milembe cell said that Nabugonga river flooded and water entered her house hence making life hard for her and two children who survived death. She notes that she last experienced this type of rains in 1997 where all the rivers surrounding Mbale flooded and people died.

James Magosha, the chairperson Milenbe cell in Nabuyonga ward and Yusuf Muhubu, the Councilor representing IUIU Ward at the Northern Council said floods have displaced many people in his area and lots of property destroyed.

The Mayor Northern City Division George Mwanika said that all his Division has been affected. He called upon the concerned authorities to intervene to save the situation noting that there is now looming hunger in the area since people’s gardens have been washed away. 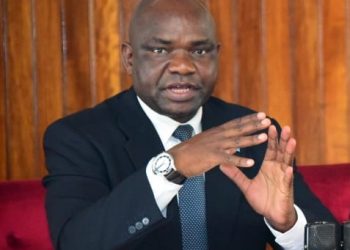 Climate  Change Committee  Allay Fears On Oil Pipeline. Call For Operationalization  Of The National Tree Fund. The chairperson of the...