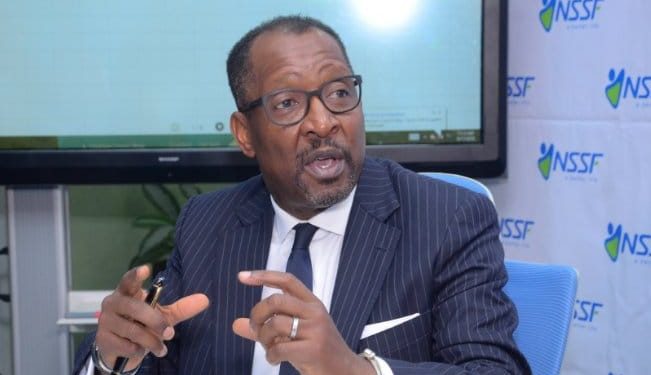 The Uganda Retirement Benefits Regulatory Authority(URBRA) has warned that if the new NSSF Amendment bill is enacted, the fund will have to liquidate some of its assets to raise the 903bn shillings needed to pay for mid-term access.

URBRA wants NSSF to be given a grace period of four months to mobilize funds after the law is enacted before the minister develops statutory instruments prescribing terms and conditions for midterm access.

Appearing before the parliamentary committee of Gender to tender in their opinions on the NSSF Amendment bill 2021, the Uganda Retirement Benefits Regulatory Authority (URBRA), submitted that if NSSF is to pay Midterm access of 20% to savers aged 45 and saved for 10 years, it will have to sell part of its assets to raise the money.

The Chief Executive Officer of URBRA Martin Nsubuga told the committee that to avoid running down the fund, NSSF needs four months to look for extra 902bn shillings for midterm access, from the day the bill assents into law. He asked the committee to incorporate this grace period into the law and also factor in the payment mode of installments

However, the retirement benefits regulator has challenged clause 24A of the bill which mandates the minister to only consult the NSSF board while preparing statutory instruments prescribing terms and conditions for Midterm access. URBRA wants the scope of consultations to be scaled up to include savers and the regulator.

URBRA also asked the committee to delete a clause that empowers NSSF to raid bank accounts of a defaulting employer to recover any amount owed, cover up that employer’s pending contributions. They believe this will spark off endless litigations.

However, committee members are not comfortable with the penalty which is proposed in the bill against noncompliance. It was increased from ten thousand shillings to 10million shillings and MPs believe it’s realistic.