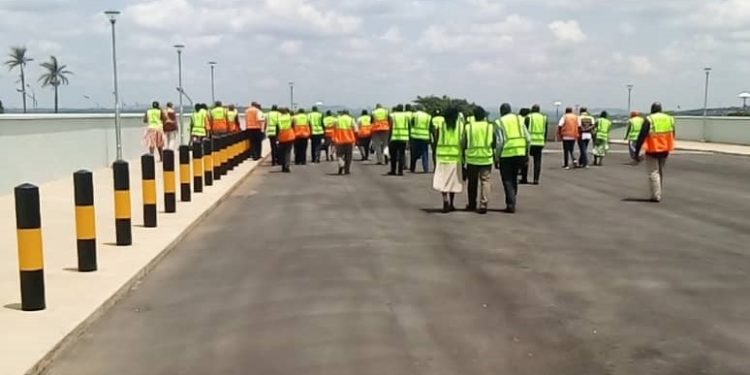 The National Planning Authority (NPA)has asked the government to suspend new road construction projects for four years and concentrate available resources on the ongoing projects in order to manage the current meltdown of the economy caused by the devastating effects of Covid-19.

The Committee of the budget has tasked the government to set targets for revenue collection at a 16% tax to GDP ratio in order to generate revenue to service the widening public debt which stands at 52.7% debt to GDP ratio.

While appearing before the committee of budget to give their opinion on the government’s charter for fiscal Responsibility,  the National Planning Authority has advised the government to suspend construction of new roads and concentrate on finishing the ongoing projects following negative effects of the Covid -19 pandemic that disrupted the economy and revenue mobilization.

Dr. Joseph  Muvawala the executive director of the National Planning Authority told the parliamentary committee of the budget that the government can’t manage to implement roads which are in pipeline.

The committee registered concerns to learn that the charter of fiscal Responsibility is not committal to addressing  Uganda’s widening public debt which stands 52.7% above the threshold. The debt is planned to get worse in the next financial year at 53.1 before getting better in the 2025/2026 financial year at 49% MPs. Have tasked government to find new strategies of revenue mobilization and suspend borrowing for recurrent expenditure.

The Budget Committee has asked the government to set revenue targets for each financial year and commit to implementing them after realizing that the Charter of Fiscal Responsibility doesn’t provide for measurable objectives on revenue mobilization. Uganda is currently at a 14.5% tax to GDP Ratio but MPs want a target to be set at 16%.

The executive director of Civil Society Budget Advocacy Group Julius Mukunda also appeared before the committee and asked members to put safeguards to prevent the government from deviating from the Charter of Fiscal Responsibility.