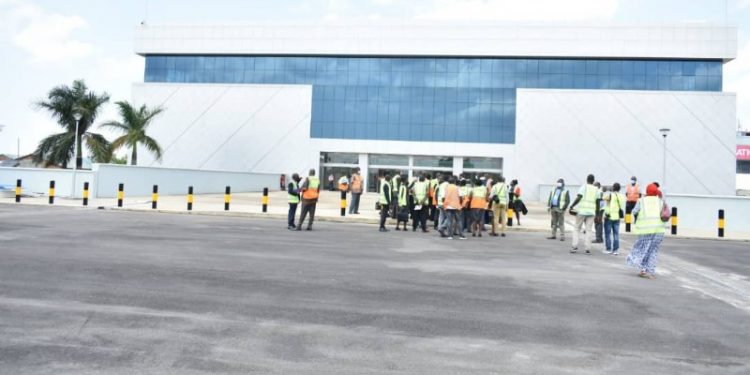 The parliamentary committee of Commissions, Statutory Authorities, and State Enterprises has grilled the Director-General of Uganda Civil Aviation Fred Bamwesigye over allegations that he tinkered with his age and reduced it to fit his job requirements.

The committee discovered that the UCAA Director-General carries two passports with contradicting age.

COSASE has also queried UCAA over gross inconsistencies in the way the contract for the expansion of Entebbe airport was awarded without due diligence.

Members of the Parliamentary Committee of Commissions, Statutory Authorities, and State Enterprises COSASE spent the better part of the day grilling the Uganda Civil Aviation Authority UCAA Director General Fred Bamwesigye on allegations of tinkering with age to fit the age bracket required for the office he holds. The committee learned that the Job was advertised for people of 35 to 55 years of age but Bamwesigye who is allegedly 58 years old, altered his documents to indicate that he is 54 years old.

In his response, Bamwesigye dubbed the query as a vendetta facilitated by his enemies who never wanted him to take the job. But he explained that he tinkered with his age later after learning from his father that his earlier birthday was wrong.

But the committee was not satisfied with his defense and the chairperson Joel Senyonyi directed Bamwesigye to bring his birth certificate and academic documents.

COSASE also grilled UCAA officials on irregularities in the procurement of contract of modification and expansion of Entebbe International Airport to Seyani Brothers Construction Company with a surveyor whose academic credentials are questioned. It was discovered the Vikash Partel a surveyor of Seyani Brothers presented a diploma indicating that he got it at 13years of age which was challenged by MPs.

The committee also discovered gross inconsistencies in the way the contract was awarded without proper due diligence on the capacity of the contractor.