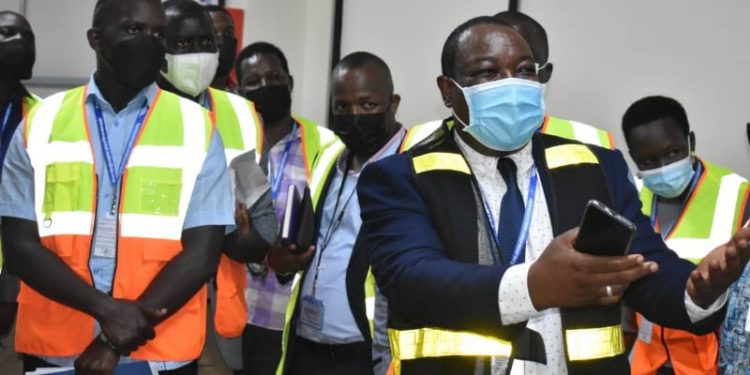 The parliamentary Committee of Commissions Statutory Authorities and State Enterprises (COSASE) has summoned the ministry of finance over a bad loan they allegedly negotiated for the expansion of Entebbe International Airport.

COSASE is concerned that the 200m US dollar loan from Exim Bank is too expensive with unfair conditions which risk Entebbe Airport being taken over by China in case of eventualities.

After a long interface with officials of Uganda Civil Aviation Authority, while probing inconsistencies in the Entebbe airport Expansion and Modification Project, the parliamentary committee of Commissions, Statutory Authorities, and State Enterprises, has summoned the ministry of finance to explain why they negotiated a bad loan for Entebbe International Airport. The ministry of finance negotiated a 200 million US dollars loan from Exim Bank but the contract was tied to unfair conditions.

COSASE is concerned that the loan is too expensive with tough conditions which gave the Exim bank of China powers to control the budget of the Uganda Civil Aviation Authority. They say it’s unacceptable because it puts the government agency at ransom.

The committee chairperson Joel Senyonyi warned that if conditions that Exim Bank of China slapped against Uganda are not renegotiated, Uganda is at risk of losing its only International Airport to China.

The Ministry of Finance is expected before the committee on Tuesday as COSASE wraps up the probe into modification and expansion of Entebbe Airport.