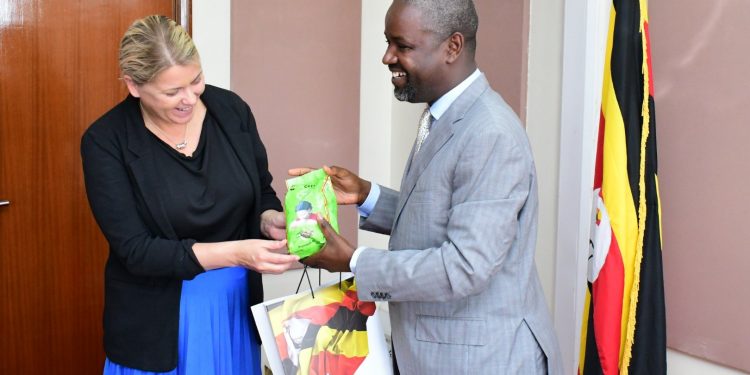 Deputy Speaker Thomas Tayebwa has emphasized the need for the government to address the poverty question at household level, if the fight against early marriages and teenage pregnancies is to succeed. Tayebwa also called for more discussions about the use of contraceptives as a means of stopping unwanted pregnancies.

He made remarks  during a meeting with a delegation of the All Party Parliamentary Group from UK alongside officials from Marie stopes Uganda and the United Nations Population Fund (UNFPA)
According to the Deputy Speaker Thomas Tayebwa, Poverty is one of the key drivers to sexual reproductive health problems and gender based violence. He noted that because of Poverty, many men have neglected their responsibilities of taking their children to school and instead married them off at a young age. But he believes the parish development model is the remedy to poverty.

In the meeting that discussed family planning and sexual reproductive health and rights. Tayebwa assured government commitment to improve reproductive health, by ensuring attraction and retention of health workers which is why funds towards enhancement of salaries for science teachers and health workers across the board have been earmarked for the next financial year.

Tayebwa also underscored a need for intervention and dialogue, especially on Interventions not in line with African customs and beliefs.

In the meeting, the Health Committee Chairperson Hon Charles Ayume noted strides Uganda has registered in contraceptive prevalence rate which is at 39 percent compared to decades ago.

Baroness Sugg, a UK Parliamentarian, in the House of Lords, and leader of the UK Parliamentarians delegation, said both Uganda and the UK need to support issues of women and girls, for the growth and development of both countries. She noted that the UK has developed an international development strategy, which among others highlights the commitment made to programs on global health.