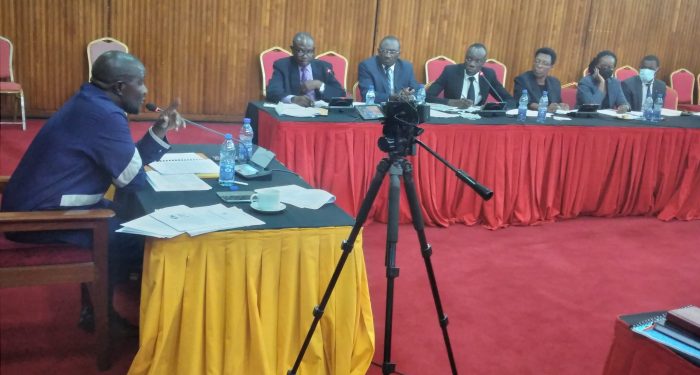 The Public Accounts Committee of Parliament (PAC) has today grilled the management of Kawempe Hospital for keeping large stocks of expired drugs in Hospital stores instead of disposing of them as required by law.

PAC learned that since 2019 the hospital has accumulated a lot of expired drugs which have not been disposed of thus threatening the lives of patients. Kawempe Hospital Management blames National Medical Stores.

Appearing before the Public Accounts Committee of parliament today, officials of Kawempe National Referral Hospital have been grilled over undisposed expired drugs in their stores.

Although The essential Medicines and Health Supplies Manual of 2012 requires expired and damaged to be destroyed by local regulations this has not been by the hospital.

The Auditor-General report queries that out of 74 items of expired drugs, 36 items of drugs expired by the end of December 20 which puts the lives of patients at threat when expired medicines remain on Hospital premises.

Legislators raised concerns that when hospitals delay destroying expired drugs, they find their way back to the market, packaged by some unscrupulous elements.
Committee members also wondered how drugs expire in public hospitals in large quantities when Ugandans suffer to get drugs in public facilities.

In their response, they conceded that since 2019 expired drugs have not been destroyed and blamed the National Medical stores for the delays. They added that some of these drugs were donated to the hospital six months before the expiry dates.

However, the committee chaired by Asuman Basalirwa the Bugiri Municipality MP directed the Kawempe Hospital management to furnish the committee with a report on the current status of the expired drugs and the values of the stock. The committee is also interested in the drug procurement plan of the hospital.

Meanwhile, the Public Accounts Committee also questioned the Kawempe Hospital official over the un-functional CT- scan that has not been operational for over a year.

In their defense, they attributed it to the (UPS) uninterrupted Power Supply which facilitates the operation of the CT – scan that broke down. But the committee faulted management for failure to utilize the purchase of the UPS since its procurement was not provided for in the hospital development plan.