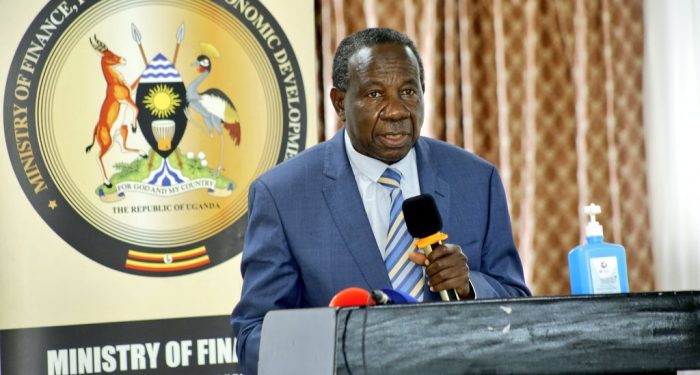 The Minister of Finance, Matia Kasaija has defended the Shs7.030Trn to the Security and Governance sector, saying those who are criticizing such an allocation are simply abusing the privilege of living in a secure country, which is different from the conditions that prevailed in the past regimes.

While addressing journalists at Hotel Africana during the workshop on the 2022/2023 national budget, the minister of finance Matia Kasaija lambasted Ugandans who criticize hefty budgetary allocations to security and Defence allocations saying security takes precedence over any item of the budget because it’s about protecting lives of Ugandans and their property.

Kasaija was responding to remarks by Moses Mulondo, President of Uganda Parliamentary Press Association (UPPA) who tasked the Minister to explain why a huge chunk of the budget was given to security at the expense of stifling other sectors.

In the same workshop, civil society activists called for timely financing for the Parish Development Model, describing it as the last stage of decentralization if it’s to realize its intended outcomes of socio-economic transformation.

They however challenged the government on continued confusion in its implementation, saying not only Ugandans, but officials in Central Government too need mindset change training on PDM.

In the current 2021/2022 national budget, the Government allocated Shs17M for each parish to implement the PDM and this money has been increased to Shs100M in the next 2022/2023 national budget.