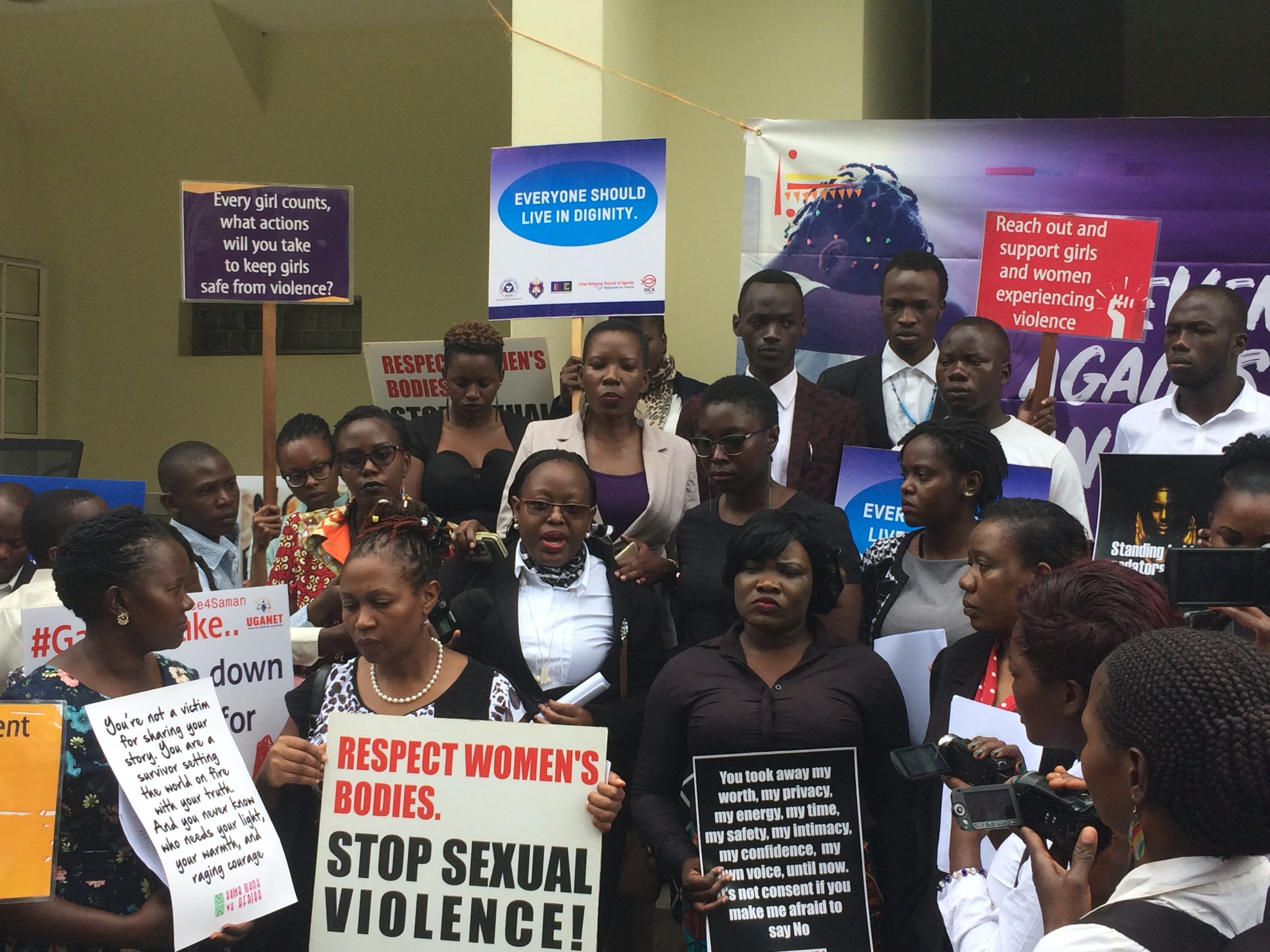 The Women movement in Uganda is very angry with the manner in which the government is handling the sexual harassment case of Samantha Mwesigye.

Addressing a joint press conference today in Kampala leaders of various women movements in the country express dissatisfaction following shortfalls and most prominently, the fact that institutions and society at large are failing to protect and support victims of sexual harassment.

According to Samantha Mwesigye, donned in her legal attire comprising of a white blouse, black skirt and court, reveals that she was on several occasions sexually harassed by the deputy solicitor general, Gashibakire Christopher and directly expressed negativity towards Christopher’s moves.

Samantha who was almost breaking into tears was forced to reveal some of the nasty things which Christopher has been putting her through for the past year, among them, horrific abuses, sexual advances and many others.

She also expresses concern over failure by the Inspectorate of Government, Office of the Prime Minister, United Nations and World bank to pick up on her issues even when she raised the complaint to officers in all the mentioned offices. “Mr. Gash has put me through heal” Says Samantha.

However, the executive director centre for constitutional governance, Sarah Birete accompanied by Rita Muswiya and Diana Nansumba from CEDOVIP demand that, Samantha’s case be treated with atmost urgency, establishes committee to investigate the complaints, prioritize introducing a zero tolerance policy on sexual harassment, ensure gender balance on the investigating committee among others.

Its upon this matter that women are cautioning parents who have their girls going for intern to always be on alert noting that such illegal acts are being performed on them in silent and now call on every woman who has under gone through such acts to report to them for legal assistance.

Samantha who works with the justice and constitutional affairs ministry reported to her bosses on 20th September last year to her immediate bosses.

Sexual harassment in employment is a human rights violation and a Form of gender based violence that disproportionately affects female workers. It is prohibited by several laws in Uganda including; section 7 of the employment Act, 2006, section 128 of the penal code, Cap 120 and the employment (sexual harassment) regulations, 2012.