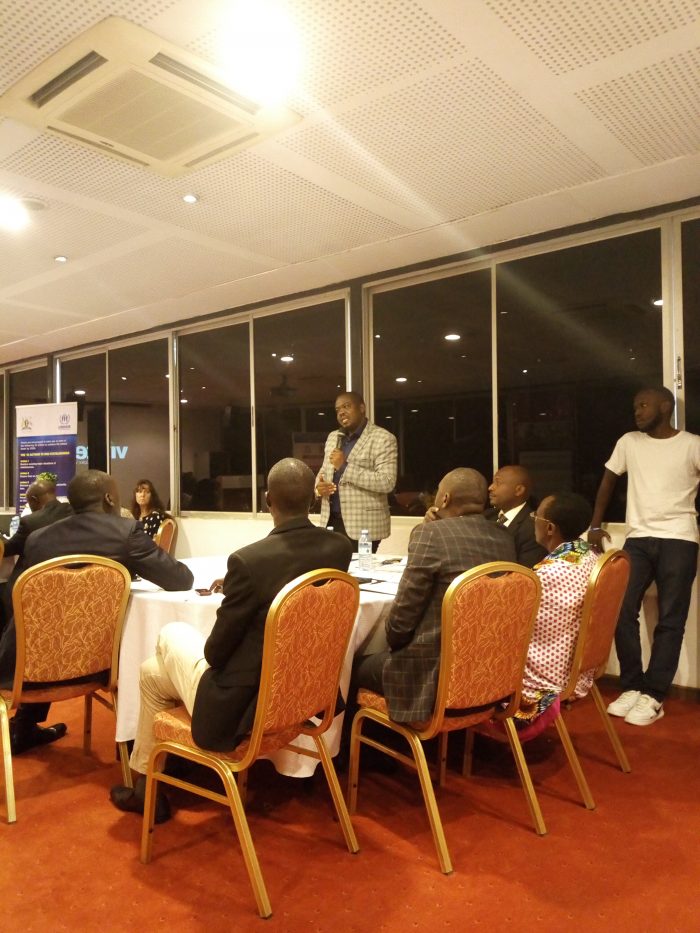 Buyamba county Member of Parliament in Rakia district Amos Mandela has accused cannibals in Rakai district for feasting on refugees in the area.

According to Mandela, the refugees are ferried using premio vehicles, in the guise of finding work, but disappear in the process.

He made the remarks during a seminar organized by Parliamentary Forum on Refugees and Internally Displaced Persons in Uganda (PFR-IDPs), at kabila country club in Kampala.

Mandela said Nyakivale refugee settlement where the refugees are picked from is a few kilometers from Rakai.

He wondered whether government can be held responsible for missing refugees, to avert the vice.

“The reason why am asking this ,I have said we neighbor nyakivale ,there are so many refugees who simply move out from the settlement ,they have the identity cards, they are veted ,they move away from nyakivale to Rakai ,I remember you could have heard, what one time what happened to them , when they crossed to Rakai,a number of them were eaten,” He said.

He said that when the refugees hear that there are job opportunities across they move out of the settlements and end up in the hands of wrong elements.

“There are people who persuade them to leave outside the settlement, to go and work, what they do, they could ferry seven people a week in a premio car across to Rakai for ‘chewing’ these people are taken to Rakia thinking they are going to sell labor but eventually they are eaten” MP Mandela explained .

However responding to Mandela’s concerns, Simon Gerald Menhya, the commissioner for refugees in the office of the Prime Minister denied knowledge of the alleged cannibalism involving refugees.

“About the issue of refugees disappearing and what is the role of government ” and whether government is responsible, actually to re- echo your sentiment sir, I have not heard that yet, that a refugee has disappeared and that above all they have been eaten” Menya noted.

He promised to investigate the matter and that if it’s true, it shall be handled at another level’. “But we are taking it up, and if there are night dancers eating up our refugees then we shall handle it at different level, but it’s very sad that refugees in that part of the country are being cannibalized “said Mr. Menya .

Uganda is currently hosting 1,205,919 refugees, the highest number in the country’s history in different parts of the country, and continues to receive simultaneous arrivals from (DRC) south Sudan, Burundi among others.

Security Minister Directed to Investigate Apaa, Security Situation By Admin The deputy speaker of parliament Anite Among has directed the...