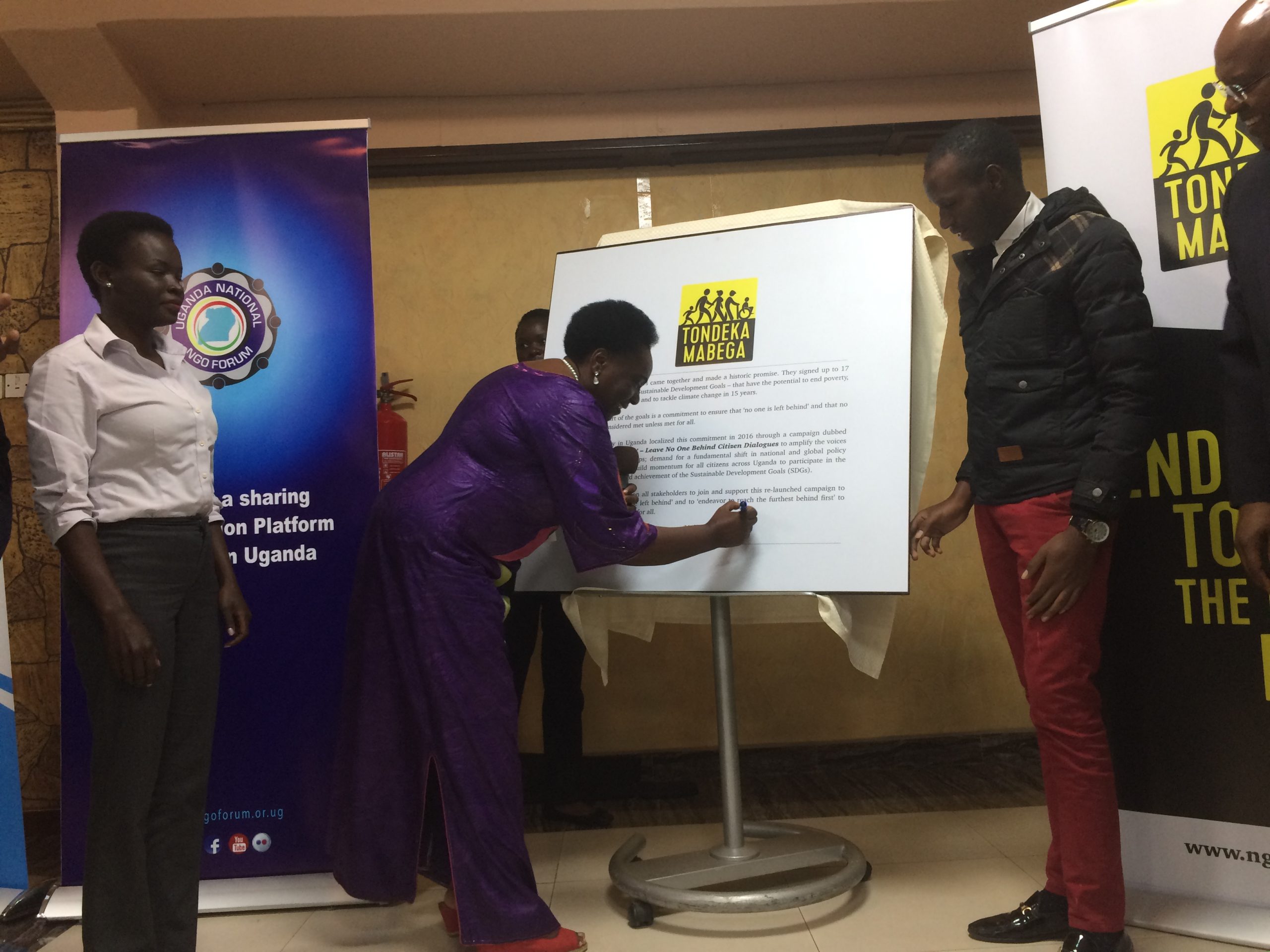 In a bid to have all Ugandan at all levels benefit from the set sustainable development goals, govt together with civil society organizations under their mother body NGO Forum have launched a new inclusive campaign dubbed Tondeka Mabega.

Speaking at the launch of the campaign today in Kampala, minister in charge of general duties in the prime ministers office, Hon. Mary Karoro Okurut reminds the nation that the goals were set to improve people’s livelihoods.

She further expresses gratitude that CSOs are now working hand in hand with govt to move global agendas, saying it a sign of enhanced development.

However, the chair person parliamentary forum on SDG Hon. Banabus Tinkasimire says such programmes should be moved down to the last person in the country irrespective of their status, but fears that with the current committement by govt, the SDGs might not realize positivity.

Now the executive director NGO Forum, Richard Sewakiryanga attributes the launch of the new campaign to history of the MDGs which left a biggest percentage of Ugandan out and they don’t want the same to be replicated in the SDGs.

The Sustainable Development Goals (SDGs), otherwise known as the Global Goals, are a universal call to action to end poverty, protect the planet and ensure that all people enjoy peace and prosperity.

These 17 Goals build on the successes of the Millennium Development Goals while including new areas such as climate change, economic inequality, innovation, sustainable consumption, peace, and justice, among other priorities. The goals are interconnected – often the key to success on one will involve tackling issues more commonly associated with another.