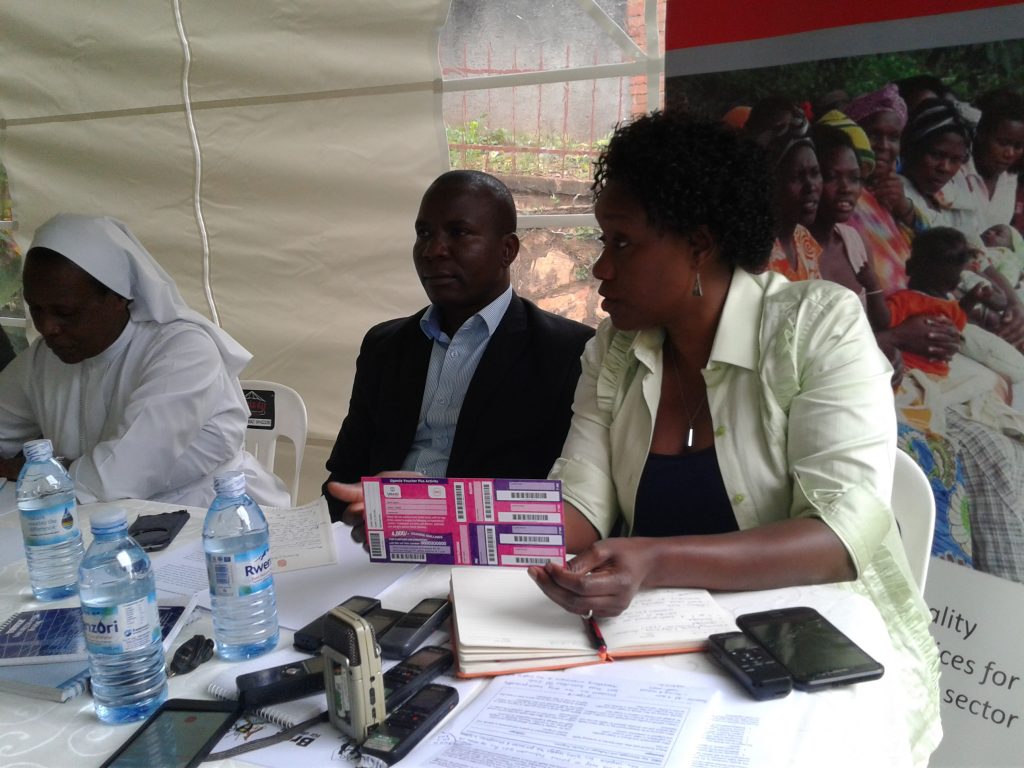 Organizations implementing Communities health insurance schemes at the lower levels are urging government to expedite the enactment of the national health insurance regulations which have spent more than 15 years on the shelves.
Due to lack of regulations in the country, it has become hard for the schemes to be rolled out to other parts of the country, which leave thousands of Ugandans un able to access health care services provided by the scheme.

Currently, there are 130 schemes running in eight districts across the country among them, Masaka, Luwero, Nakasongola, Nakaseke, Kisizi, Sheema among others with over 100,000 members. Says, Mr. Makaire Fredrick, the executive director, Save for health Uganda.

Donned in a grey coat with a blue collar T-shirt, is the dark skinned old Mr. Galiwango Godfrey, a member of Katuugo Luwero community health insurance scheme which has over 390 beneficiaries from 40 households, who pay a premium of UGX.48,600.

He narrates that, lives have been made better following the starting up of the health scheme, with now community members able to easily access treatment from selected health centers, which was not the case before the scheme started in the area.

He further says, a beneficiary can access treatment of up to a maximum of UGX.250,000.

And beneficiaries who have cases that go beyond the maximum of UGX.250,000 are required to pay the extra charges out of pocket.

Beneficiaries of the scheme can either pay for general health or maternal and child health cover.

Christine Namayanja the chief of party, USAID Uganda voucher plus activity, reveals, pregnant women save for maternal health at a fee of UGX.4000 per month notes that 197,000 women in the implementing districts have registered with 196,000 already accessed services using the voucher.

National household survey Statistics by Uganda Bureau of statistics (UBOS), show that 1.5 million (3%) Ugandans fall into poverty as a result of out of pocket health spending.

21.4% Ugandans are under the poverty line, with 15% of them in rural areas. Hence the need to have a national health insurance regulations to provide guidance on the way health insurance will be managed.

The schemes which started way back in 2008, now operates in the districts of Masaka, Luwero, Nakasongola, Nakaseke, Kisizi, Sheema among others districts in the East and northern for the voucher scheme, serving over 100,000 members.