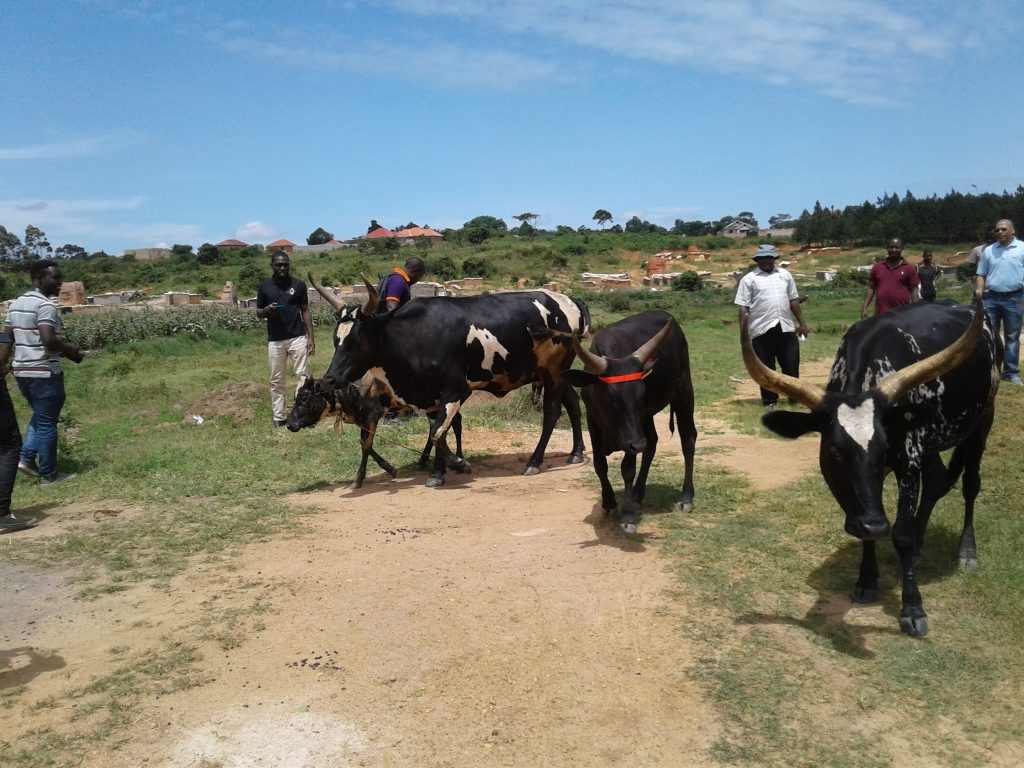 Farmers in Uganda have a reason to smile as Afro-soft-Uganda have finally tested and proved the works of the new livestock and poultry truck App dubbed, Jaguza livestock.

Jaguza livestock is a gadget placed in the ear of a cow, pig, goat and helps the farmer detect likely disease, movements, feeding, mating, sell value of the animal among other usage and linked to the radar which generates and compiles information.

Kasozi Lameck, a resident of Nkumba LC1, Katabi sub county, Entebbe municipality in Wakiso district, owns 14 cows, six pigs on his farm located a few metres away from his home and uses the Jaguza gadget, expresses gratitude and assurance that his animals are safe with the placement of the gadget on them.

Lameck reveals that before the introduction of the gadget, he could not tell the movements, feed amount and milk production from his cows but now he can easily tell, as the gadget provides him with daily information on the health and production of his animals.

However, Katamba Ronald, the brain behind the Jaguza Gadget says most Ugandan farmers have been facing problems of livestock theft, disease attacks which have been affecting their livestock and poultry hence sometimes losing them due to failure to detect these diseases and this compelled him to come up with the gadget.

Meanwhile, an IT consultant Dominic Ferguson challenges govt to set innovation HUBS to help people like Katamba to come up with better technology that will help transform the country through the sectors.

The Jaguza is currently being used by over 80 on 800 cows in the districts of Wakiso, Mukono, Palisa and is used in countries like S.Africa, Botswana among others.