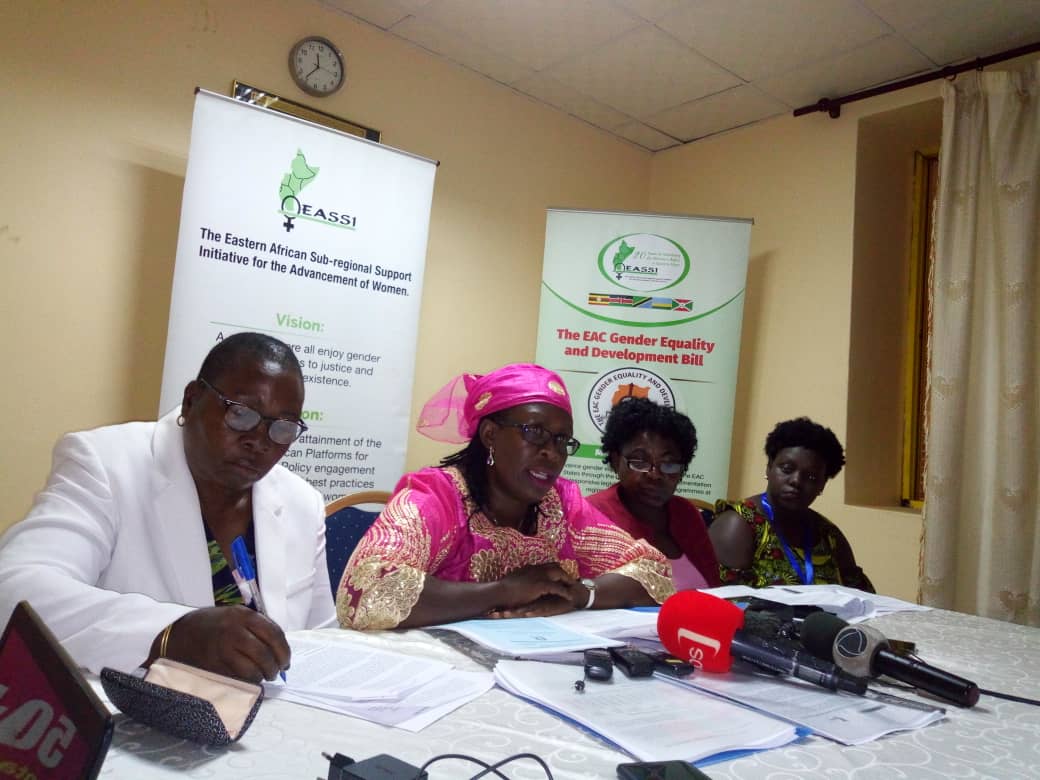 Addressing a joint press conference today in Kampala, the executive director of the East African Sub-Regional Support Initiative For The Advancement of Women (EASSI) Hon. Sheila Kawamara Mishambi says, its unfortunate that is now over one year and none of the six partner states has returned the bill to the EAC secretariat or made any resolutions on it.

Kawamara now adds that this makes it impossible for the much needed legislation to be implemented.

She further reveals that, one of the reasons for not having the bill was the absence of a regional gender policy. Work on the development of the gender policy begun way back in 2006 but stalled due to logistical hiccups at the EAC secretariat. But with the support from the society for international development (SID) and the East African Sub -Region Support Initiative for the Advancement of women (EASSI) the process was resumed in 2012 when the two organizations offered the initial technical support in the formulation of the draft EAC gender policy.

Meanwhile, Tezra Jamwa and Lauren Karai say, the absence of this law and policy creates huge imbalances in the social, economic and political growth of women in the region and fuels trafficking and all kinds of human abuses to women in the region.

The EAC gender policy has got 14 priority areas that include, governance and participation, education and training, health, life expectancy, maternal and child mortality, gender, HIV and AIDS, gender based violence and harmful cultural practices, gender, agriculture, food and security, trade, business and economic empowerment among others.

The bill is specifically intended to harmonise the national laws of partner state with the regional and international standards of protection and promotion of human rights, on the basis of the principles of gender equality, equity and non discrimination on the basis of gender or nationality in all its forms.

The EAC gender equality, equity and development bill and the gender policy derive their mandate from article 121 and 122 of the treaty for the establishment of the EAC and envisions a society where women and men, boys and girls are living a quality life in an inclusive community.