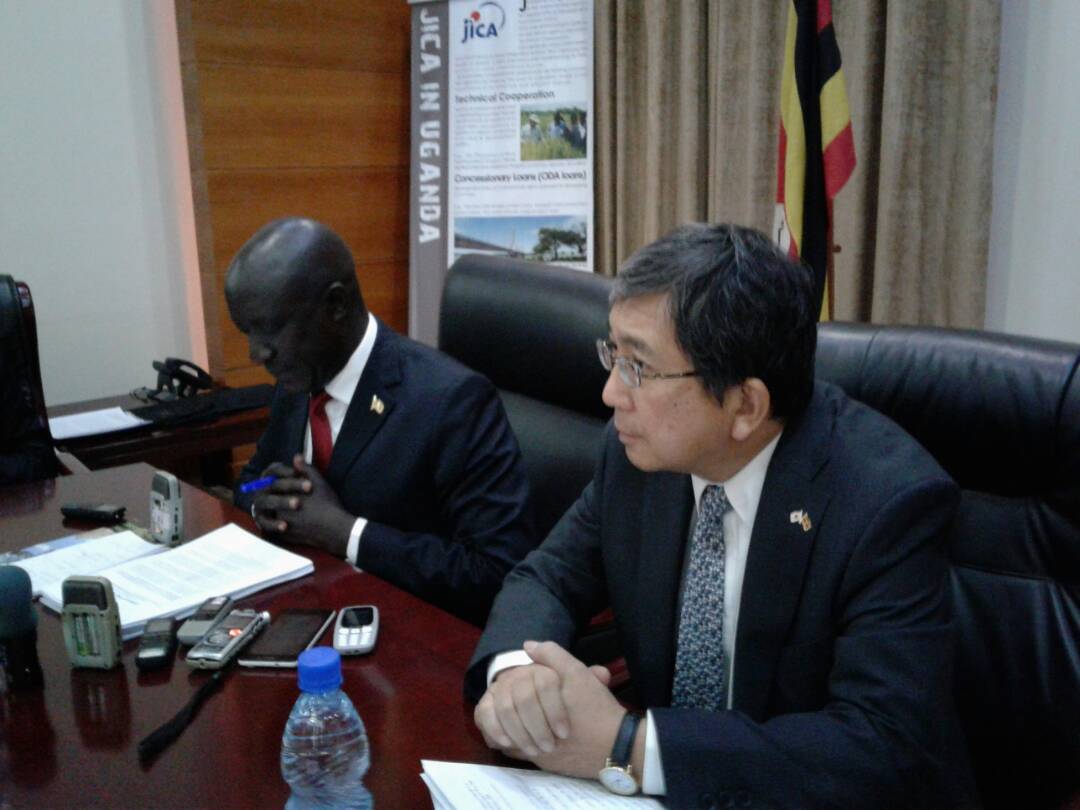 As Uganda continues to usher in a huge number of refugees from conflicting neighboring nations, the state minister for refugees and disaster, Hon.Musa Ecweru is urging donors to help govt on setting up vocational training schools to equip refugees and hosting communities with hands on skills to better their livelihoods.

Speaking at the handover of the Japan international Cooperation (JICA)- led survey on social infrastructure gaps in westnile, Ecweru says, 75% of the population in the community comprises of women, youth and children who need the skills t help them earn a living as most of the families are fatherless.

Ecweru expresses his gratefulness for JICA sharing the survey findings used to prioritize projects for investment adding that Japanese pledge totaling to USD. 10M for refugee humanitarian response through the UN agencies.

However, the Japanese ambassador to Uganda, H.E. Kazuaki Kameda mentions that the data collected   by JICA will serve a huge purpose for the country and donor partners in extending services to the vulnerable communities in the refugee communities.

He further assures Uganda and refugee communities of continued Japanese support in all programmees.

Japan through JICA are yet to kick of a massive project that will see them set up a school and health facility that seeks to support over 12000 people both refugees and hosting communities.

Uganda currently has an influx of over 1.45m refugees from S.Sudan, DRC, Somalia among other conflicting nations.