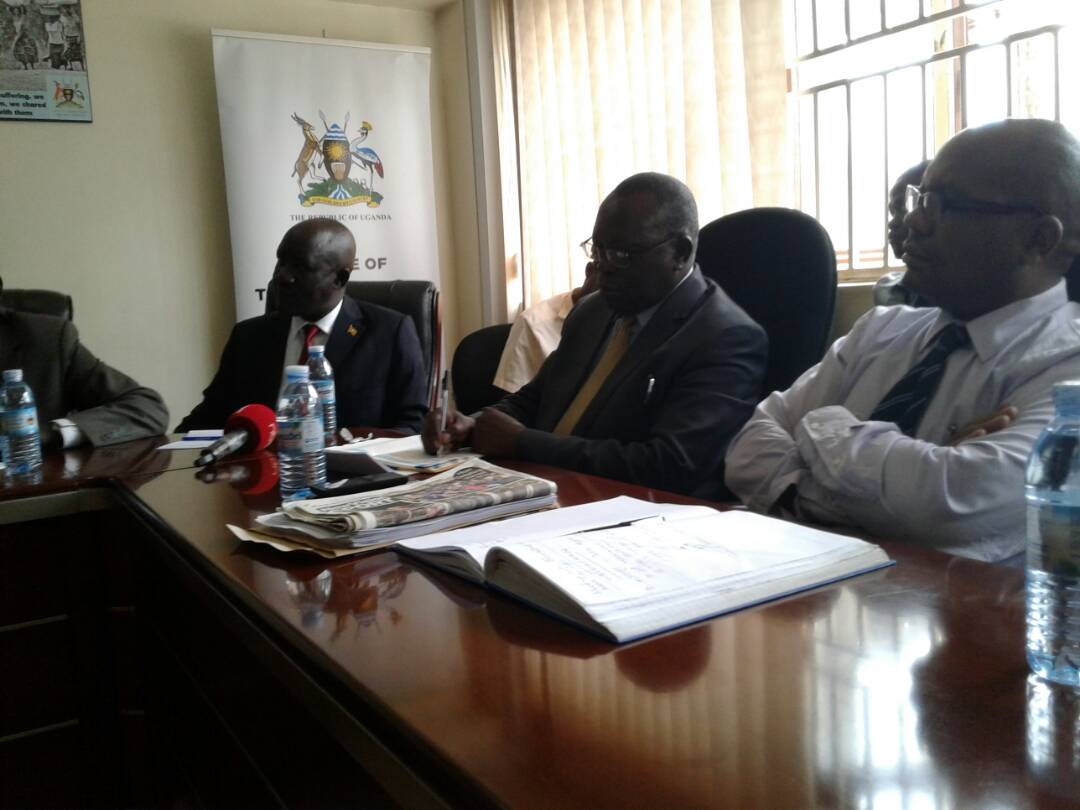 The two disaster and refugee ministers have witnessed the handover of office from commissioner David Kazungu Apollo to Assistant commissionGerald Menya with the activity following reports implicating Kazungu of being part of the scam that mismanaged refugee relief.

Officiating at the handover ceremony today at the premier’s offices at old Kampala, Hon.Hilary Onek cautions Menya not to create an empire just likeKazungu had done but only build an effective team that will serve the vulnerable communities better than before.

Onek further emphasizes the need to have the refugee department restructured as this will help the department get more effective and committed staff to deliver services.

He then cleared the air that he was replacing Kazungu with his son.He confirmed to the staff that Menya has never been son neither his relative adding that Menya has been appointed on merit as he has all the needed qualifications to occupy the office.

However, his deputy, Musa Ecweru warns the staff in the department to desist from serving individuals and consider serving the nation since they are employed by govt.

He further stresses that they are now under tension wondering what will happen next after the scam but assures them to serve diligently since there are no plans to sack any of the staff who have faithfully served the nation.

Kazungu among other staff met their last days of service to when reports emerged that they were involved in mismanaging refugee funds, food, steeling fuel among other relief items which caught the eyes of the donor partners forcing to call for special investigations into the matter which govt has taken up through the IGG’s office and the CMI.