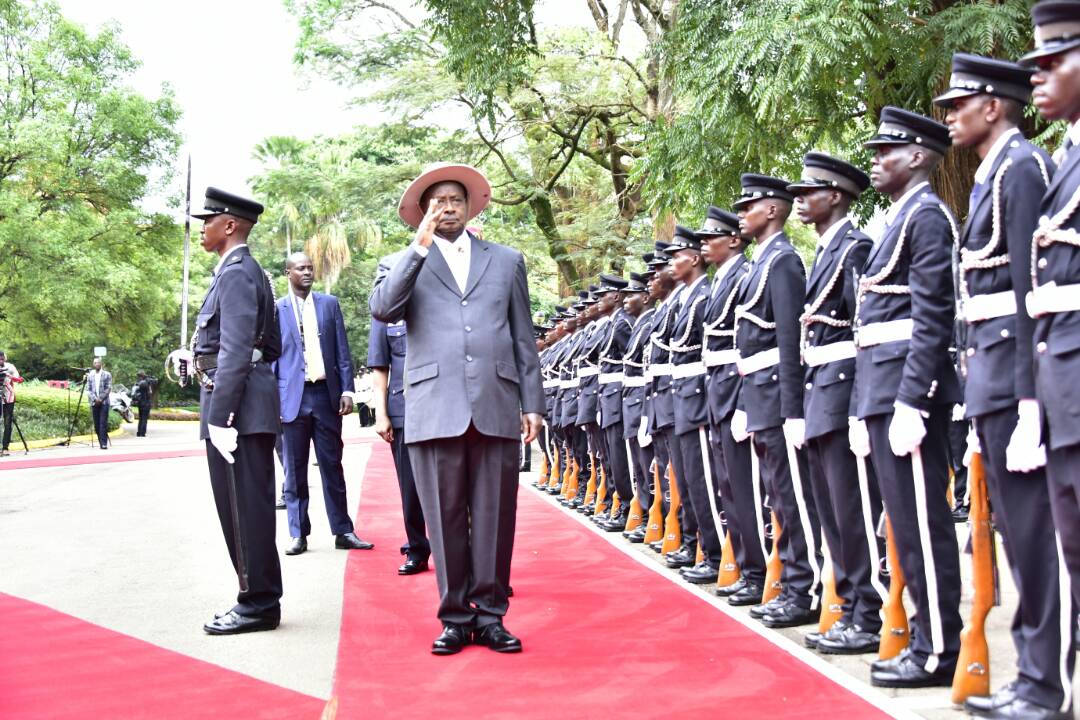 By Damba Rogers.
President Museveni is optimistic Uganda airlines is to immediately get back in business once revived with targets to spread its wings beyond the region, continent and international flights.

The president’s decision to have the long time disfunct national carrier was informed after many Ugandans in the Diaspora keep travelling to and from different foreign countries aboard foreign carriers, making it difficult for them to conveniently move, and Museveni thinks that the National carrier will be much supportive in some routes.

Mr. Museveni, mentions countries like china where most Ugandans go for business and tourists who come in the country not forgetting regional member states which he says, at some point will have to use the National carrier.

President Yoweri Kaguta Museveni further says, he is proud that the investment in road construction and power generation is greatly facilitating the growth of the country’s economy.

Museveni notes that the economy is growing at 5.8% this ending financial year and is expected to grow further.

Museveni says, the decision to invest more in roads and electricity was taken in 2001 and is yielding results in line of good transport system to farmers and the availability of electricity to the industries.

He continues to say, though the Agriculture sector is growing slowly, efforts are done to boost it and this will be mainly through irrigation hence a number of irrigation schemes are to be rehabilitated and others set up in different parts of the country in the coming financial year.

On a surprising note, President Museveni has supported the encroachment on wetlands by constructing more factories, a statement that contravenes the wetlands and natural resources laws of Uganda.

Museveni explains that such factories create jobs to many youths compared to the growing of yams or cassava in these wetlands.

However, he seemed to contradict himself on the matter saying though it’s not good to encroach on the wetlands given their purpose in protecting the environment, but its better that factories are constructed.