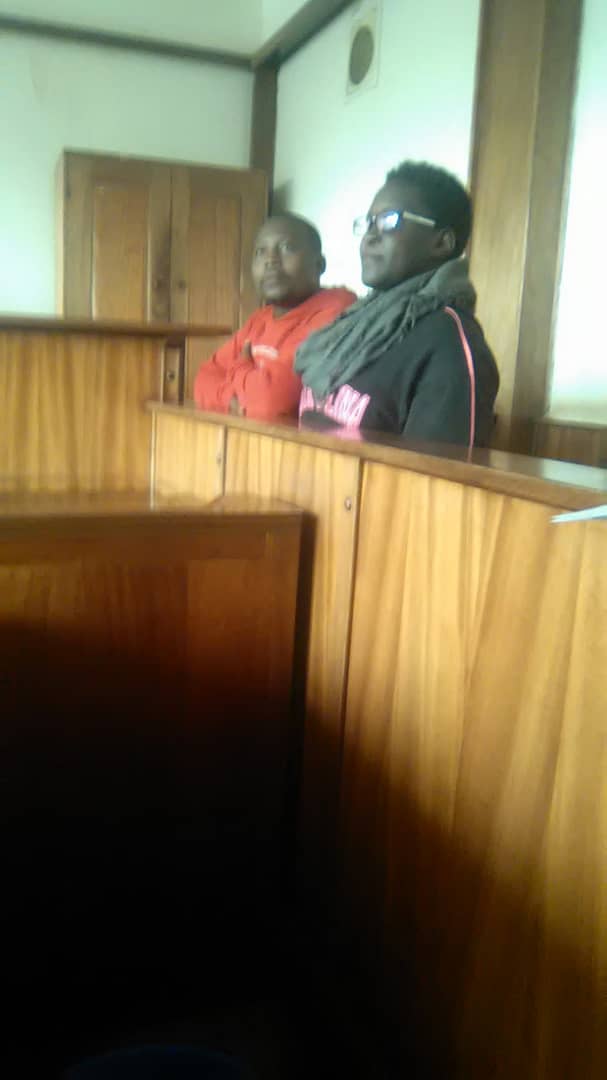 Two People who were arrested on Monday for dropping a Coffin at Parliament have been arraigned before Buganda Road Court and remanded to Luzira Prison on charges of Inciting Violence.

The two together with other Youths carried the Coffin to the August House in protest to the rampant cases of kidnaps and killings that target women in Uganda.

They include Luta Ferdinand a Boda-boda rider who hails from Bundibugyo District and Achom Rebecca a Language Interpreter residing at Mbuya zone in Nakawa Division-Kampala District.

They appeared before Principle Grade One Magistrate Robert Mukanza and denied the charges.

Resident State Attorney Janet Kitimbo informed court that inquiries into this case are still on going.

Its alleged that on 4th/June/2018 at Parliament Avenue in Kampala, without
lawful excuse the accused persons and others still at large, did acts calculated to led to destruction or damage of Property.

They have been remanded to Luzira Prison until 20th/June for a ruling on whether to grant them bail.