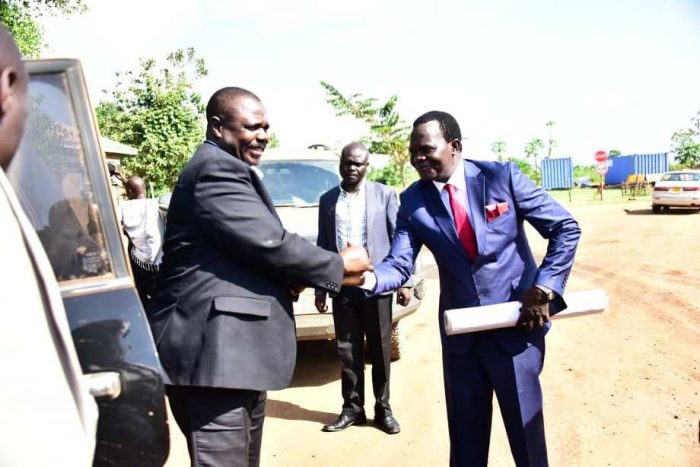 The Deputy Speaker, Jacob Oulanyah has promised to lend a hand in Obongi County’s efforts to end infrastructure and health challenges ahead of the county’s transition to district status effective July 1st 2019.

Oulanyah presided over the annual Obongi day after touring several infrastructural establishments in the company of area MP, Hon Hassan Kaps Fungaroo, where he advised residents to drop political differences if the new district is to prosper.

“The district is coming here; you are going to start your journey now. Move in the right direction; we ask leaders to cooperate and stop these minor divisions because getting Obongi out of Moyo district does not create enmity,” he said.

He defended the creation of new districts, saying, “the principle of decentralization is bringing services to the people, that is why we create these districts”.

During a tour of Obongi Health Centre IV, Oulanyah promised to address residents’ health care problems by asking the National Medical Stores to pay special attention to the facility.

Fungaroo said the leaders have seen where urbanization has worked, and that they are keen to avoid the mistakes that led to slumming and related ills.

“We have realized that there’s urbanization taking place in Obongi; there is transformation. We will prepare Obongi to only replicate the best practices,” said Fungaroo.

He took a swipe at officials from the Office of the Prime Minister (OPM) who are coordinating refugee settlements for alleged arrogance and failure to cooperate with local authorities.

“The worst of all is OPM; we discovered that the cause of confusion in the refugee organizations is the OPM [officials] who are frustrating efforts to meet and discuss the issues,” said Fungaroo.

A Parliamentary resolution authorizing the creation of the district came in 2015 at the peak of the electioneering process, and it took the intervention of President Yoweri Museveni, who lobbied MPs to return from recess and process the decision.