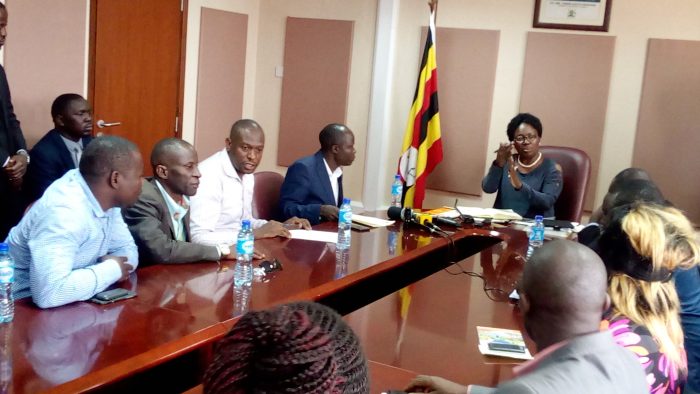 .They could not hold on their tears while narrating huge losses they have suffered.

Sarah Nasuuna  a music promoter who collapsed last  week and rushed to hospital after police canceled the music show had organized for the Kyadondo east MP Robert Kyagulanyi alias Bobiwine in Nakawuka, shed tears in the office of the speaker of parliament claiming that she borrowed 50 million shillings to organize the music show and offered her house as a security which is now at risk of being taken by money renders. Nasuuna noted that she is a widow who takes care of her children single handedly and appealed to the speaker to act against police which has made their job difficult.