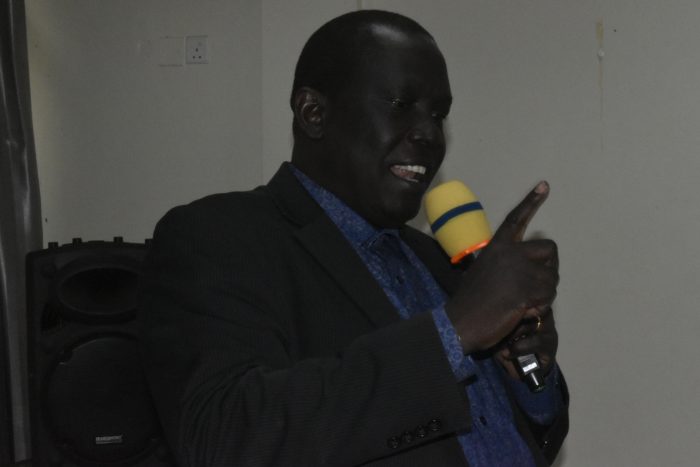 The executive director NEMA, Dr. Tom Okurut raises concerns over the shortage of marine experts in the country coupled with failure to carry out a hydrographic survey on all uganda’s water bodies.

Speaking at the green growth meeting held today, Okurut attributes the recent high death on MV-Tempra ship to the very few water experts in the country’s marine and rescue department who could do very little to help save the victims then.

He further says, Uganda last had a serious water bodies survey (Hydrograhpic survey) in 2007 demarcating the depth of the waters as well as sighting the best parts to have landing sites, this now leaves uganda’s water bodies with no clear marked routes for boats and ships to move.

He further says, this makes movement on Uganda’s waters very difficult and risk as passengers can not easily tell which routes to use or take hence the high risks of moving on Uganda’s water bodies.

Tanzania in the region has carried out a survey which provides clear routes for water vessels to take and not to take and also designates best fishing and aqua fishing areas on the lakes and rivers which Uganda still does not have and this continues to hinder fisheries growth.

With Uganda having over 60 islands, there is need to carry out a hydrographic survey to harness benefits found on these islands.

However, the commissioner environment sector services in the water and environment ministry, Mr. Mugabi Stephen is urging Ugandans to ensure protecting the natural resources available to ensure sustainable growth if the country is to attain the desired vision 2030.

Officiating at the green growth meeting convened by the environment CSO network today, Commissioner Mugabi notes that, failure to protect primary environment like water bodies, forests, swamps than secondary environment like Roads, dams, schools, hospitals among others will cause damage to the existing environment which in the long run will be hard and expensive to repair.

However, he applauds the few Ugandans who have taken up the mantle to recycle waste into useful products noting that this should be a strong reminder to all to always save the environment for sustainable livelihoods.

Though forestry contributes 9% to uganda’s GDP reduction currently is at the level of 11% which worries experts and conservatives.