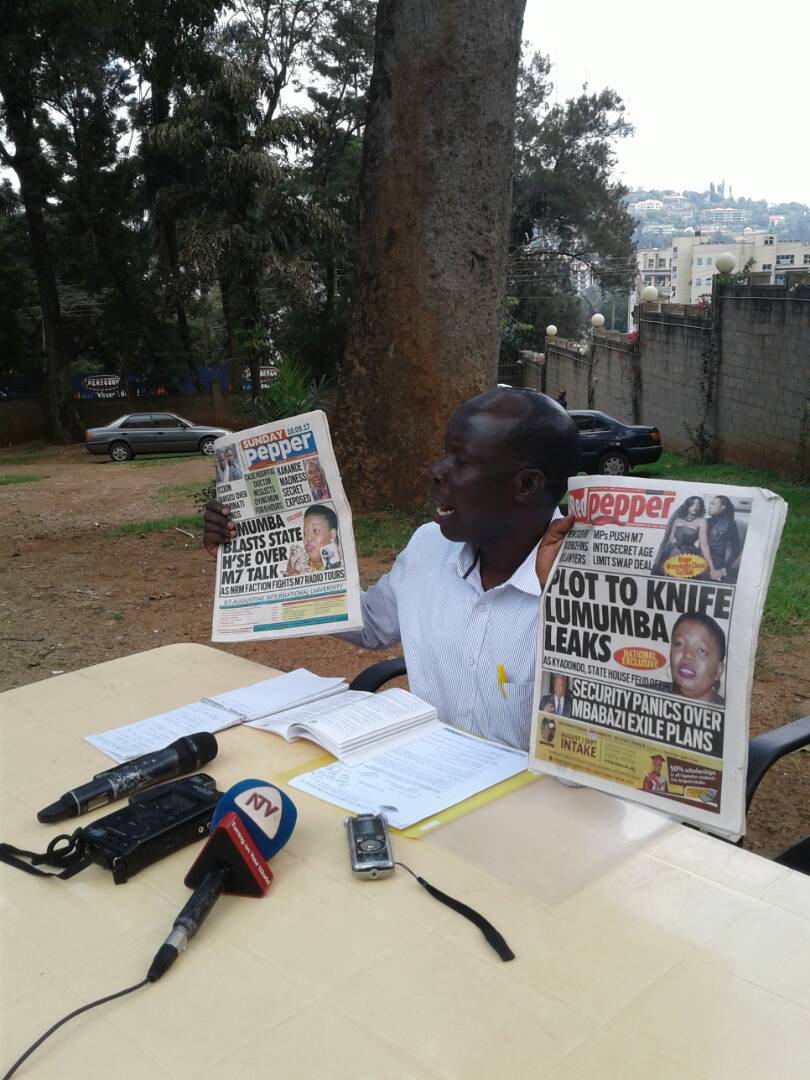 The NRM polls commission boss, Dr. Tanga Odoi has lashed out at the party secretary general Hon.Justine Kasule Lumumba for always being the orchestrator of wars in the party which are now making the general public feel that Tanga’s office is party to the media reports that the secretary general and Tanga are at war with the party chairman.

Addressing a press conference today at his offices in Kamapala, Tanga has clearly distanced his office and himself from the battles which were started by Lumumba saying he has no knowledge about them and advises Lumumba to come out clearly to tell the party and public what is going on between her and the party chairman.

The visibly angry Tanga reveals that the secretary general has for long been failing the polls commission office by not forwarding to the chairman the list of staff at the commission to okey the payments which acts has seen them go over nine months without pay with Tanga attributing the acts to selfishness of the party secretary general Kasule Lumumba who feels she should bull doz every party official as she wishes.

He further attacks Lumumba for accommodating ghost workers at the secretariat mounting to over 120 all earning fat salaries compared to his skeleton polls commission staff which only boosts of 20 staff instead of having slightly over 200 since they serve the whole nation right at grass root which the secretary general’s offices is not doing.

Now Tanga wants the party cleaned internally by the powers that be if there is going to be smooth operation and sustainability in the party to deal away with the women fights that are eating the party and its activities.