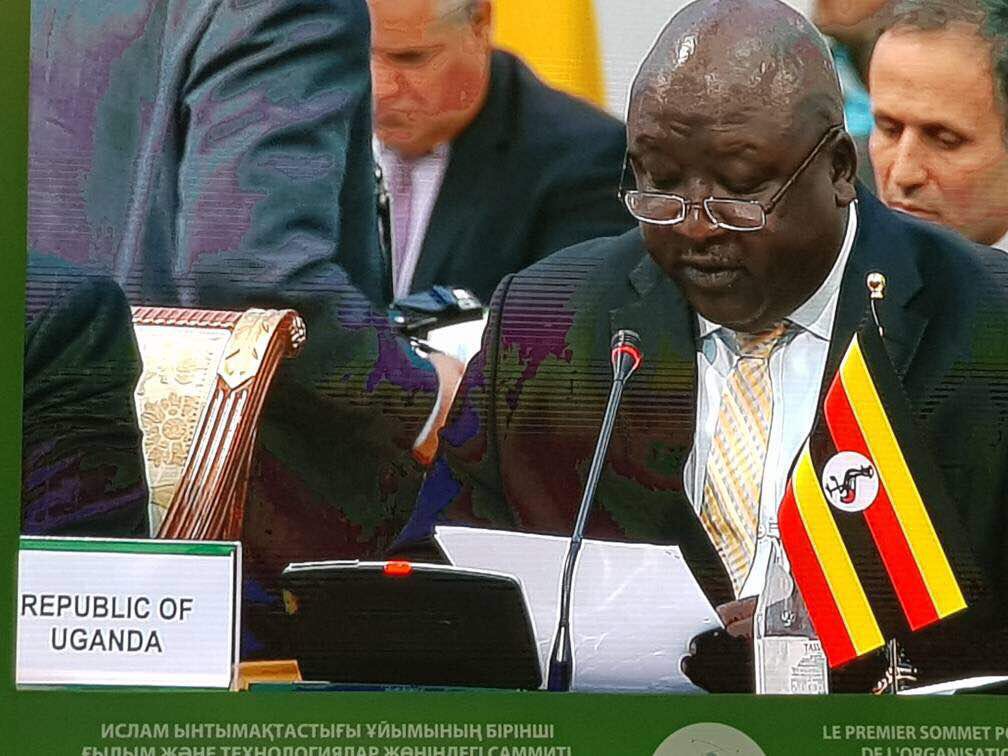 Minister of State for Foreign Affairs in charge of International Affairs, Henry Oryem Okello, has called upon the OIC Summit on Science and Technology to increase funding in Science and Technology Research and Development in Universities and Institutions funded by the Organization of Islamic Cooperation (OIC), including Islamic University in Uganda.

The minister who is leading a 9-person delegation is attending the First Summit of the OIC on Science and Technology which runs from 9-11th September 2017 in Astana, Kazakhstan. He made the remarks on September 10th, during the inaugural and first working session during which heads of high-level foreign delegations and international organizations delivered their statements.

The Astana Summit has been described by various quarters as a historic event for the entire Islamic world and, which will help to establish a framework to hold Science and Technology Summits on the regular basis. The Astana Summit is meant to ensure a clear understanding of the necessity to completely reduce scientific and technological gaps between Muslim Ummah and developed countries and it will also contribute to the earliest implementation of the UN Sustainable Development Goals (SDGs) and promote the principles of cooperation and solidarity among all OIC Member States.

It is envisioned that it will mark beginning of a new process aimed at rethinking the historical role of the Muslim Ummah in the area of scientific and technology modernization of the world community and, as a practical step. The outcome of the Summit is expected to be the adoption of an OIC Science, Technology and Innovation Agenda 2026 and the Astana Declaration.

Okello who was accompanied by EliodaTumwesigye, Minister of Science and Technology and officials from the Ministries of Science, Technology and Innovation and Foreign Affairs expressed concern to the Summit that there was a need to reduce scientific and technological gaps in the Members States. He informed the Summit that Uganda’s challenge, which was not much different from others in the developing world, was in the current education system, which emphasizes theoretical academic work with little depth on applied science, engineering and technical skills which are central to technological innovations.

The second and final day of the Summit, (September 11), will be devoted solely to searching new methods and tools to develop science and cross-sector international cooperation, in order to strengthen the technological capacity of the OIC Member States.

The Astana Declaration is a political document, the adoption of which will be a clear sign of determination of the OIC Member States to support science and technology as a priority, including in the framework of the OIC 2025: Programme of Action and the Outcome Document of the Astana Summit. The Declaration will reflect the importance of developing and implementing initiatives and programs, as well as inferential research in the field of education, professional skills, basic and applied sciences, primarily aimed at resolving urgent social problems. END