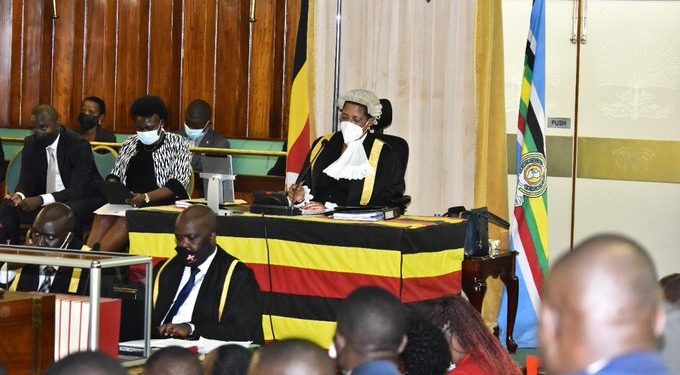 Speaker of Parliament, Anita Among has referred to the Justice and Constitutional Affairs Minister, Hon. Norbert Mao, a motion seeking leave of Parliament to introduce a private member’s constitution amendment Bill.

Hon. Sarah Opendi (Indep., Tororo District) was seeking to introduce the Bill intended to among others raise the qualification of the president and Members of Parliament from the current Uganda Advanced Certificate of Education (UACE) to a bachelor’s degree.

Opendi also wants 40 per cent of elective parliamentary seats reserved for women, a move she said would address gender inequality in leadership.
“…despite the interventions made in elevating the participation of women in leadership and decision-making and the gains so for achieved, Uganda has not yet achieved gender balance in political decision-making in line with her commitment under the Beijing Declaration and Platform for Action,” Opendi states in her motion.

To this end, she proposes an amendment to article 78 of the Constitution to ensure 40 per cent of parliamentary seats are ring-fenced for women.
The proposed amendment also seeks to lock out those without degrees from ascending to the presidency or Parliament, should amendments to article 102 of the constitution ultimately succeed.

Speaker Among, however, said the proposal should be forwarded to the Minister for Justice for incorporation into the terms of reference by the much awaited Constitution Review Commission.

Last month, Parliament gave an ultimatum to then Acting Justice Minister, Hon. Muruli Mukasa to constitute the commission, but almost immediately thereafter Hon. Mao was appointed, and is widely expected to spearhead the formation of the Commission.