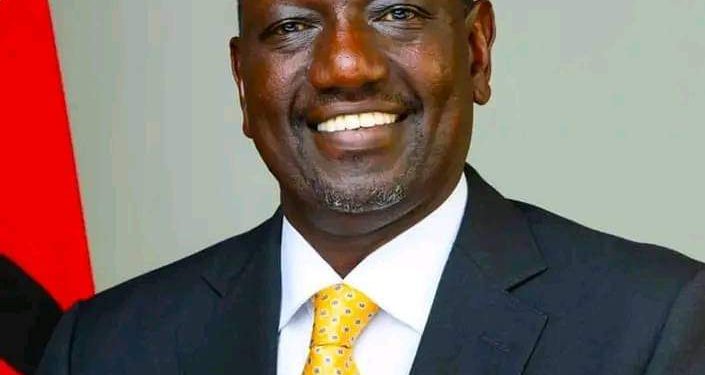 William Samoei Ruto is the new President of the Republic of Kenya, after being declared the winner of the election by the Independent Electoral and Boundaries Commission-IEBC.

The IEBC Chairperson Wafula Chebukati announced Ruto and his running mate Rigathi Gachagua as the winner of the August 9 presidential election at the Bomas of Kenya, the national tally center. He won the vote with 50. 49 ahead of his main challenger Raila Odinga.

The announcement which was initially expected at 3 pm was delayed amid scuffles and allegations of vote-rigging by Odinga’s campaign team, while four of the seven members of the commission refused to endorse the announcement,  shortly before it was made saying the results were opaque.

“We cannot take ownership of the result that is going to be announced because of the opaque nature of this last phase of the general election,” Juliana Cherera, the vice-chairperson of the Independent Electoral and Boundaries Commission (IEBC) told journalists in Nairobi. She however said they would give a comprehensive statement about the process.

Odinga’s party agent earlier alleged that there were irregularities and mismanagement in the election, and another declared the Bomas a crime scene.

Who is William Ruto?

William Ruto was born in 1966 in Sambut village, Kamagut, Uasin Gishu County in the northwestern part of Kenya, to Daniel Cheruiyot and Sarah Cheruiyot. He graduated with a Bachelor of Science Degree in Botany and Zoology from the University of Nairobi in 1990, and later in 2011 with a Master of Science MSc in Plant ecology.

He then taught at a school in the North Rift region. His first involvement in politics was in 1992 when he joined the YK-92, a youth group campaigning for the re-election of Daniel Arap Moi, and was elected treasurer. In the 1997 Kenyan general election, he contested for parliament and beat the KANU candidate and incumbent, Reuben Chesire, who was also the Uasin Gishu KANU branch chairman. He caught the eye of Moi who appointed him KANU Director of Elections.

In 2002 he supported Moi’s preferred successor Uhuru Kenyatta and was rewarded with a cabinet post as assistant minister in the Home Affairs ministry. He was later promoted to full minister after some ministers defected to the opposition ahead of the 2005 elections.

In 2008, Ruto was named Agriculture Minister under Mwai Kibaki and Minister of Education in 2010 and was relieved of his ministerial duties and remained a member of parliament in 2011. He joined Uhuru Kenyatta to form the Jubilee Alliance for the 2013 presidential election where he was running mate and later Vice President after the duo beat their main rival Raila Odinga to the presidency. He had been Eldoret North Constituency MP until 2013.

He served as the Acting President of Kenya between 5 and 8 October 2014 while President Uhuru Kenyatta was away at The Hague. This came after President Kenyatta was charged for his alleged involvement in the 2007/2008 post-election violence which left about 1,300 people dead.

Over the two terms of their Presidency, Ruto fell out with Kenyatta for unclear reasons. Some reports say Ruto had intended to lead an impeachment vote against him just before the 2017 election accusing him of mismanaging the affairs of the country. The Claims were repeated by Senator Junet Mohammed, earlier this year claims that Ruto has consistently denied.

The breakdown in relations was enhanced by the popular 2018 ‘handshake’, a reconciliatory event between Kenyatta and his rival, Raila Odinga. The former was then endorsed by the president to be appointed High Representative for Infrastructure Development in Africa.

Kenyatta has openly expressed his support for Odinga, and resentment for Ruto in the run-up to the August polls, only running short of attending his rallies. Through the campaign, the two have accused Ruto of being a corrupt person.

Having been declared the winner of the 2022 general election, Ruto will now be President of the Republic of Kenya for the next five years. He will be deputized by Rigathi Gachagua.