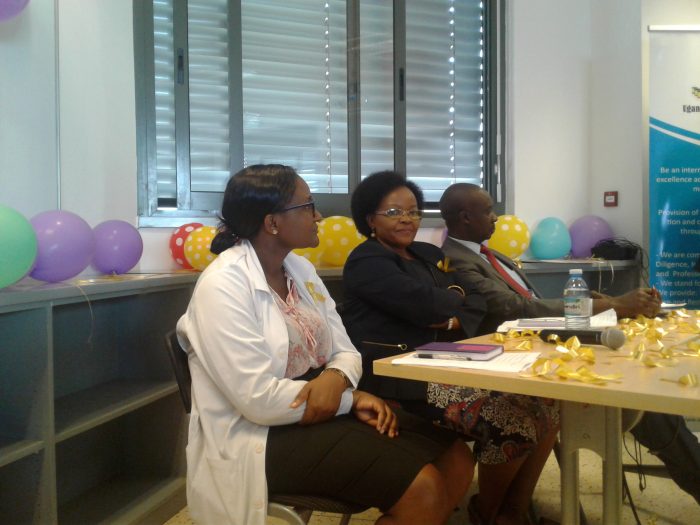 Speaking at the international childhood cancer celebrations in Kampala today, H.E Domenico Fornara appreciated the efforts put in place by the Ugandan government to treat cancer but on the other hand, he tasked government to consider improving access for child cancer treatment and early diagnosis if the current childhood cancers are to be scaled down.

However, the state minister for health in charge of primary health care, Joyce Kaduchu reveals govt plans to set up child specialized cancer centers in the country.

She confirms that they are starting with Mbarara then will open up in Gulu, Arua and other districts.

She also tasked health experts to always refer complex cases to superior health workers for complex examination for disease like cancer instead of treating children who show no signs of improvement.

Meanwhile, a senior pediatric and oncologist, Dr. Joyce Balagadde adds that, childhood cancers in Uganda are on a rapid rise from 416 in 2016 to 582 currently attributing it to poor cultural beliefs, late diagnosis among other factors.

She further states that they are faced with a problem of surgery, as they institute has one theater forcing them to refer patients for surgery to Mulago referral hospital yet they also have their laid up plan to follow. Dr. Balagadde now says this causes a backlog of patients to be worked with some times the institute having to wait with over 15 children to have them operated.

According to Dr. Balagadde, this affects the cure rate of these children.

She now calls for more funding to have the cancer institute construct another theater where they can freely and easily carry out operations from.

The main causes of cancer in children include chronic infections among other factors.