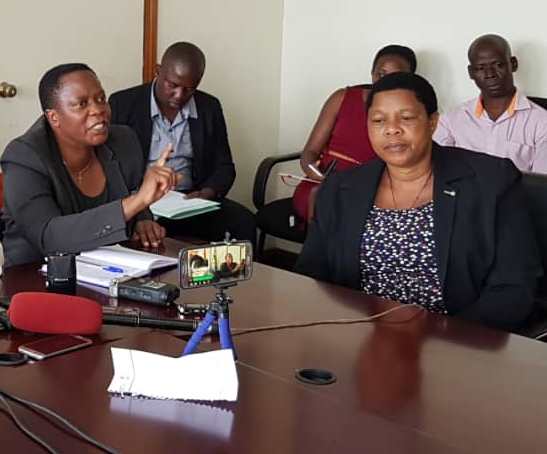 She dubbed Mao a pumpkin which is green on its exterior and yellow inside for his alleged secret affair with the regime.

Since the former 2016 FDC  presidential candidate Dr. Kiiza Besigye announced the cabinet of his so called People’s Government where he named three members from Democratic party including the Mukono Municipality MP Betty Nambooze, the Lord Mayor Elias Lukwago and Makindye west MP Allan Ssewanyana, the mood in DP went bitter.

The party president Nobert Mao came-out yesterday and blasted party cadres who chose to join Besigye’s structure and vowed that the trio will must face the disciplinary committee before he dubbed them “WATER MELONS” which is green on the outer layer and red inside for exhibiting a character of double standards.

The outspoken Nambooze has also come out to hit back at her party president wondering why he gets so jealousy when DP members work closely with fellow opposition forces more than when they work with the regime citing examples of Florence Nakiwala Kiyingi who was appointed a minister in Museveni’s government but no disciplinary action was taken against her.   Nambooze uttered that she has no problem with water melon accusations but also equated Mao to a pumpkin which is green outside but yellow in the interior