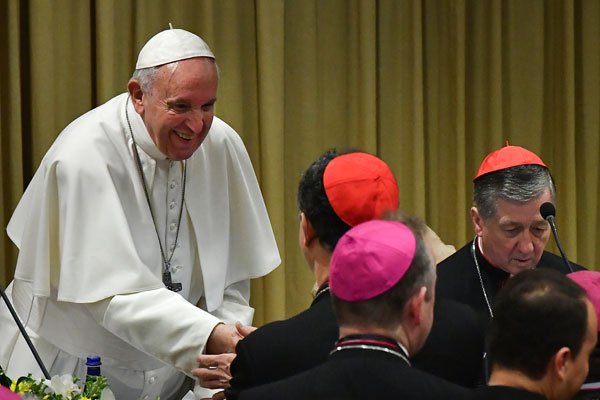 The Office of the President has confirmed that Pope Francis won’t attend the celebrations of the Golden Jubilee of the Symposium of Episcopal Conference of Africa and Madagascar (SECAM).

Through President Yoweri Museveni, SECAM which is an umbrella for African Bishops together with the Uganda Episcopal Conference (UEC), the assembly of Catholic Bishops in the country invited Pope Francis to visit Uganda again in July this year to grace the climax of these celebrations.

However, the statement released this afternoon by the UEC Secretary General; Msgr. John Baptist Kauta indicates that His Holiness won’t make it to Uganda though the program for the celebrations will proceed as scheduled.

The opening Mass for the climax of the celebration is expected on July 23, 2019 at Lubaga Cathedral and the closing Mass will be on July 28, this year at Uganda Martyrs Catholic Shrine Namugongo under the theme; Church, Family of God in Africa, celebrate your Jubuilee! Proclaim Meet and Welcome Christ your Savior.”