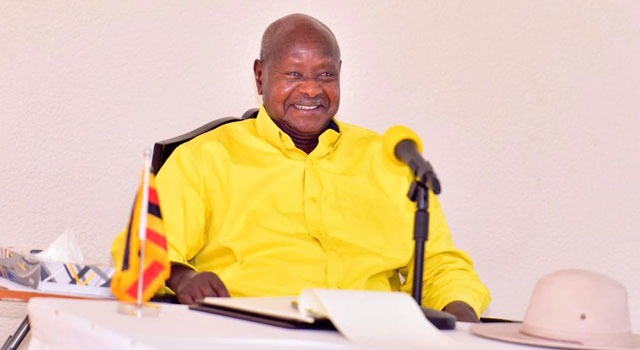 NRM branded rebel MPs have asked the party’s top organ to withdraw the resolution it made, declaring president Yoweri Museveni as the party’s candidate for the 2021 General election.

The party’s Central Executive Committee made the resolution early this week while ending a retreat at Chobe safari lodge.

Lwemiyaga County MP Theodore Sekikubo says the resolution is selfish and misguided and also in violation of article 71 of the constitution that mandates political parties to organize internal elections based on democratic principles.

Sekikubo has been speaking alongside five other NRM MPs who convened a press conference today to condemn the resolution including  Monica Amoding, Mbwatekamwa Gaffa, Sam Lyomoki, John Baptist Nambeshe and Patrick Nsamba.

He said they condemn the president for manipulating the CEC and conniving with them to come up with the resolution.

He adds that the current CEC does not have the authority to even endorse party candidates since it’s tenure will have expired by the time party primaries come around in 2020.

The Manjiya County MP John Baptist Nambeshe said the resolution was a demonstration of greed and a serious degeneration by CEC which is supposed to champion democracy but have done the complete opposite.

The Kasanda North MP Patrick Nsamba has accused the president of raping the party constitution in the same manner he raped the national construction during the age limit removal.

He also condemned the president for meeting with CEC to consolidate power for the NRM while curtailing the activities of other political parties in the country like DP whose assembly in Jinja was blocked by the police.

Monica Amoding sent out an appeal to the Ugandans that the power to choose the destiny of the country is in their hands through the ballot.

She also appealed to the NRM members to stop remaining silent when the undemocratic actions are going on within the party. She added that they are considering taking the president to court and seeking the interpretation of court on this matter.

Sam Lyomoki said the argument fronted by the president for removal of the age limit was to make the situation free for all people to contest but the new CEC resolution which blocks other contestants run counter to this argument, he says this amounts to taking Ugandans for fools.

Mbwatekamwa warned that the country is yet to see worse violation of democracy since the party in power is the one that is violating it first starting from their party.