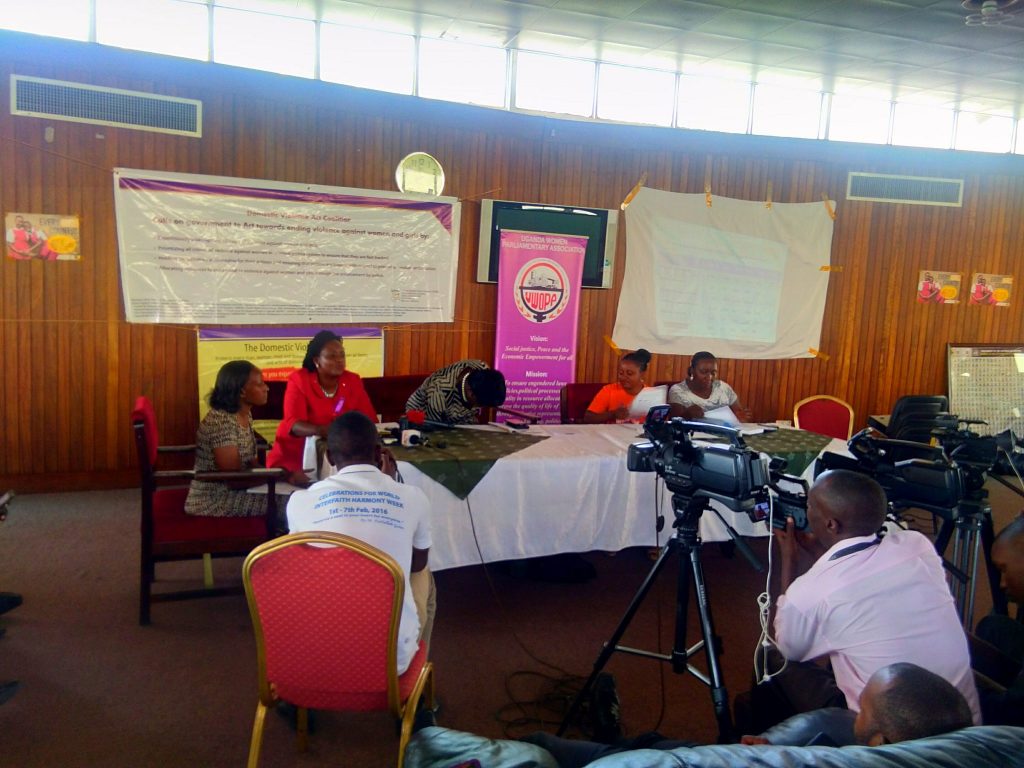 Women members of Parliament have intimated that they are sexually harassed and battered by their spouses but for fear of humiliation, they remain silent.

Speaking during the launch of a campaign against domestic violence, women MPs under Uganda Women Parliamentary Association (UWOPA), jointly with center for domestic violence prevention (CEDOVIP)  women decried the escalating rate of violence meted against women and girls which according to them underscores the principle of equality.

‘It happens. We are touched by our male counterparts in areas that are not supposed to be touched’ said Hon. Nabilah Nagayi Sempala Woman MP kampala.  ‘Women MPs are also wives or girlfriends to men and when they are beaten in their bedrooms, it remains a private issues because on many occasions, they fear humiliation and keep it to themselves’ added Nabilah.

She however appealed to men to always restrain their colleagues from sexual predators who are continuously unleashing violence on women and girls in workplaces as well as homes.

Led by their chairperson Hon Monica Amoding,  women activists also appealed to President Museveni and government to equally give priority to bills intended to eliminate violence against women, the same way the age limit bill has been given.

Activists also called for stringent action against perpetrators, citing cases of AYA boss and the late Professor Lawrence Mukiibi of St. Lawrence schools whom they say were pin pointed but no punitive action or condemnation has so far been taken against them.

The campaign dubbed 16 day of activisim against domestic violence running under the theme ‘Every girl counts, what action will you take to keep girls in school’ will involve engaging communities on matters related to gender equality.

They also called on government to enact policies that promote the rights of pregnant girls and keep them to school as well as eliminating barriers they face while going to school.

They a want effective punishment against parents and teachers who sexually harass and abuse their children by revoking their teaching licenses among others.

According to Uganda Demographic and Health Survey 2011 ,indicated that 75% of Ugandan girls are sexually abused during their childhood.