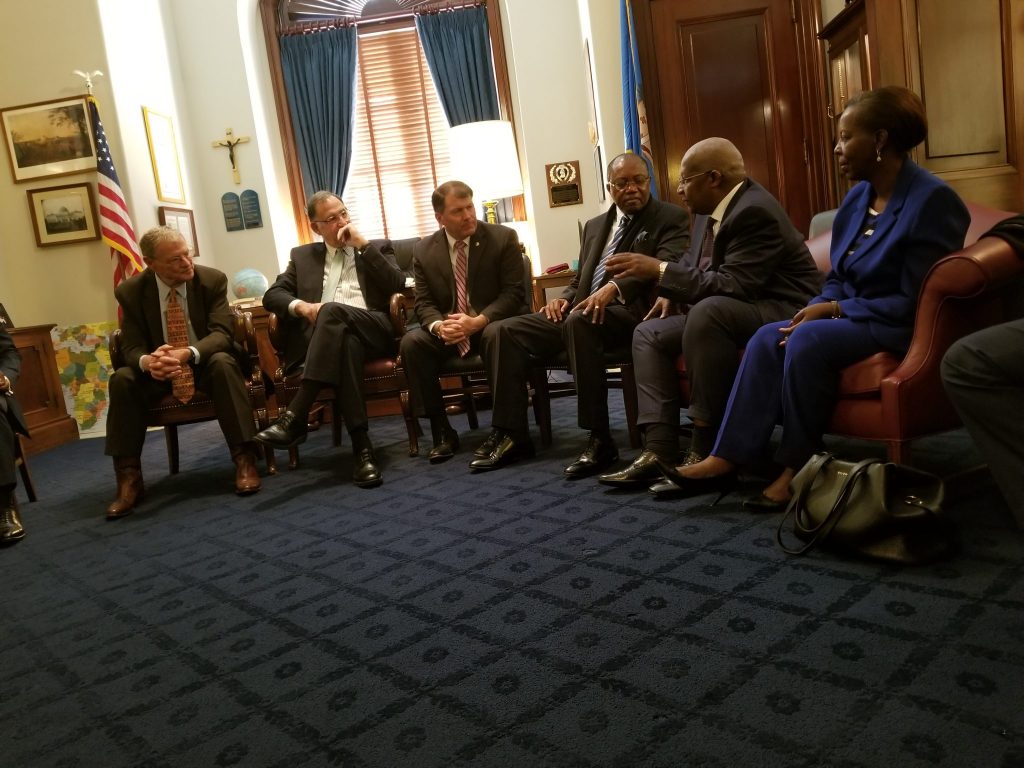 HON KUTESA HAILS US DECISION TO PRIORITIZE TRADE WITH AFRICA

The Minister of Foreign Affairs, Hon. Sam Kutesa has called on U.S. business operators to do business with Uganda, as the physical and policy environment is one of the best in Africa. He made these remarks during the recently concluded African Ministerial Meeting on “Trade, Security, and Governance in Africa” which was held on 16-17 November 2017 at the U.S. State Department. Hon Kutesa was among African Foreign Ministers who were invited by Secretary of State, Mr. Rex Tillerson.

The meeting was an initiative of the United States of America to consult African countries on core issues of engagement identified by the new U.S. Administration in forming priorities for Africa namely; Trade and Investment, Security and Counter Terrorism, and Governance (Democracy, The Rule of Law and Accountability).

In his opening remarks, Secretary Tillerson assured African Counterparts that the United States of America desired to exchange  views with Africa on issues of common interest and concern as stated above. He emphasized clearly that U.S. will as a first priority focus on economic relations with Africa. He acknowledged the vast trade and investment opportunities in Africa and said that, that was why the meeting was also being attended by American CEOs of major companies. That the business relationship shall be mutually beneficial.

In his intervention, Hon. Sam Kutesa thanked the new U.S. administration for the new focus on business with Africa and spirit of dialogue calling it “a breath of fresh air”. He enumerated the various investment opportunities in Uganda especially in Agriculture and agricultural processing, mining, oil and gas, tourism and general manufacturing.

During his visit to Washington DC, Hon. Sam Kutesa, was also among a group of African Foreign Ministers who held a consultative meeting with U.S Senators Mike Rounds, Senator John Nichols Boozman with Senator James Mountain Inhofe as host and chair. The Senators assured the African Foreign Ministers of their availability to help promote understanding between U.S. and their countries. In his contribution, Hon. Sam Kutesa appreciated the gesture by the new U.S. administration of constructively engage with Africa in pursuit of mutual beneficial interests based on dialogue instead of dictating terms.

During his meetings, Hon Kutesa was accompanied by Ambassador of Uganda to the United States, Mull Katende and officials of the Uganda Embassy in Washington DC. END