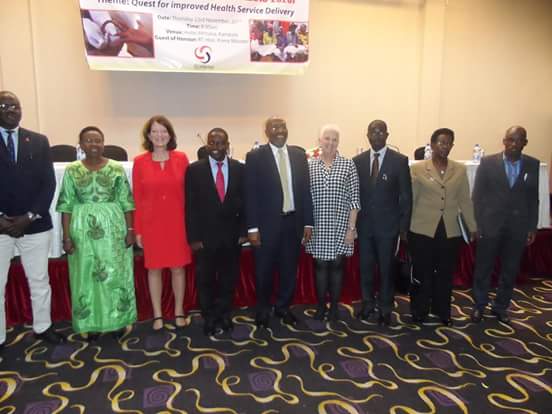 Government of Uganda receives a new Global Fund grant worth USD478M for a three year period from 2018-2020 under the theme “Quest for Improved Health Service Delivery” to help sustain the gains achieved in the Fight Against HIV, TB and Malaria.
The funding from Global Fund to the Government of Uganda is the highest ever received among the African countries.

Officiating at the launch, Prime Minister of Uganda, Rt. Hon. Dr. Ruhakana Rugunda noted that this level of funding implies that Uganda’s portfolio of the Global Fund has increased by over US$ 57m from the funding received under the previous grant of US$421m.

Minister of Health, Hon. Dr. Jane Ruth Aceng applauded efforts from Global Fund in realizing sustainable health indices. “The grants we are signing today to cover the period 2018-2020, will continue to consolidate the gains and achievements from the previous grants. This will increase coverage of interventions across the country and to reach to all beneficiaries” she said.