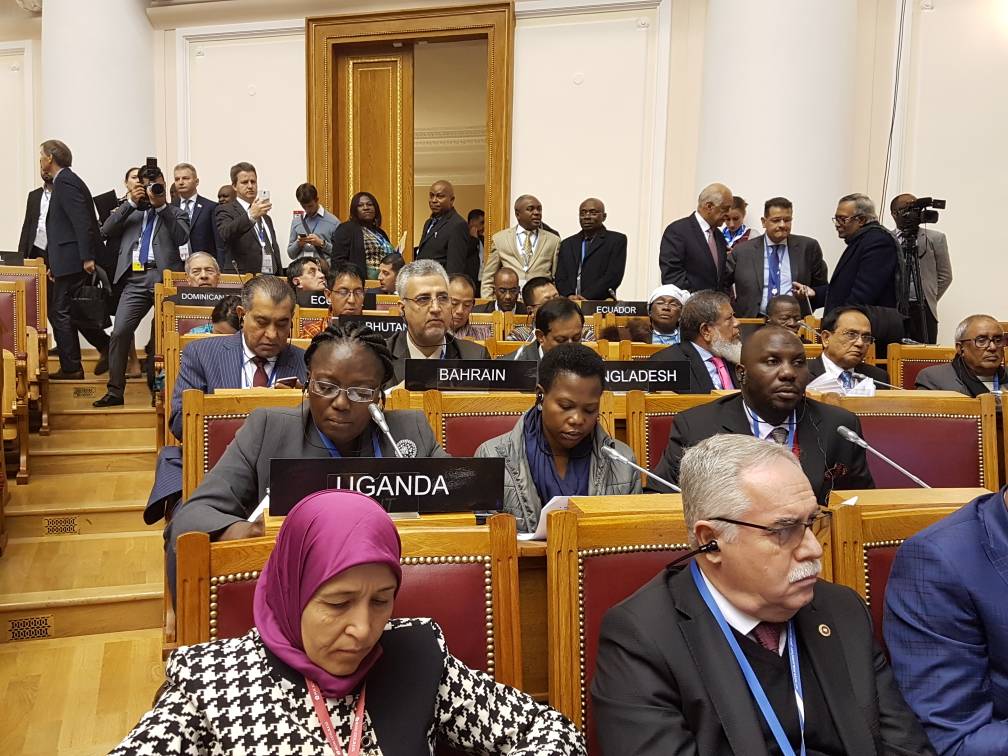 Respect rights of the Opposition’
The 137th Inter-Parliamentary Union (IPU) Assembly has opened with a call to governments to respect the rights of minorities and the Opposition.
The President of the IPU, Mr. Saber Chowdhury (Bangladesh), decried the practice of governments marginalising the Opposition and said that in some countries, other institutions or arms of government were taking on the functions of Parliament.

Citing Venezuela, Mr. Chowdhury said that the Judiciary was taking up the work of Parliament there.
In many countries, the Opposition is marginalised. We must protect institutions and also protect the rights of minorities and the Opposition, he said.

Without mentioning names, Mr. Chowdhury said the IPU was grateful that the Russian government had accepted to grant visas to all participants including those from countries that have no relations.
This is great victory for Parliamentary relations. When governments stop talking to each other, it’s important that parliamentarians continue to talk to each other (through the IPU), said Mr. Chowdhury adding that How can we dialogue if we cannot visit each other?

President Putin said that the use of international law and dialogue in resolving conflict had disappeared and that imposing sanctions against legislators was counterproductive.

Unfortunately, we see that the attempts to limit the direct contacts and communication among lawmakers has been made more and more often, he said adding that The practice of imposition of discriminatory restrictions and sanction lists, which includes lawmakers, is inadmissible and harmful.

The 137th IPU Assembly and Related Meetings is being held in St. Petersburg, 14 18th Oct. 2017. At the end of the meetings, a new President of IPU will be elected to replace Mr. Chowdhury.