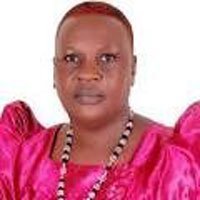 Kyotera district woman MP Robinah Sentongo has called on government to ensure that taxes on importation of essential drugs in the country are reduced so as to save Ugandans from consumption of fake and expired drugs.

Sentongo who is also a member of the parliamentary health committee says that the Uganda Pharmaceutical association has on several Occassions complained on high levies on importation of drugs  which makes drugs expensive while on Ugandan market.

Kyotera distinct law maker says that the levies on the importation of drugs trickle down to the pharmacies and onto drugs shops where by poor Ugandans cannot afford to pay the high prices.

She says that as such they resort to buying cheap and expired drugs which have been re-branded and this is very dangerous to their health.

MUASA Disagrees With Council On Scrapping of Incentives