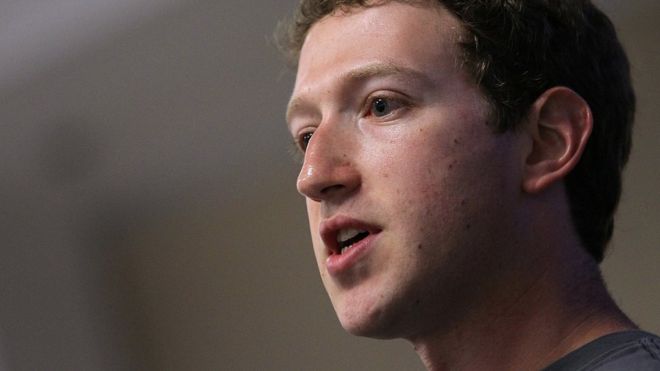 Facebook boss Mark Zuckerberg has been called on by a parliamentary committee to give evidence about the use of personal data by Cambridge Analytica.

The UK-based political consulting firm is accused of using the data of 50 million Facebook members to influence the 2016 US presidential election.

Damian Collins, the chairman of the Commons inquiry into fake news, accused Facebook of “misleading” the committee.

Mr Collins said earlier in the week that he wanted to hear from Mr Zuckerberg but has now put the request into writing.

In the letter, he says: “It is now time to hear from a senior Facebook executive with the sufficient authority to give an accurate account of this catastrophic failure of process.”

It comes after the UK’s Information Commissioner Elizabeth Denham said she would be applying to court for a warrant to search the offices of Cambridge Analytica.

The firm insists it followed the correct procedures in obtaining and using data, but it was suspended from Facebook last week.

Facebook shares fell by a further 3% on Tuesday, following a 6.7% drop on Monday which wiped almost $37bn from its market value.

The company will hold an open meeting with its employees later to discuss the matter, tech news website The Verge is reporting.

In the letter, Mr Collins criticised other Facebook executives who had already given evidence to his committee.

“The committee has repeatedly asked Facebook about how companies acquire and hold on to user data from their site, and in particular about whether data had been taken without their consent,” he wrote.

“Your officials’ answers have consistently understated this risk, and have been misleading to the committee.”

Now he wants to hear from a senior Facebook executive “with the sufficient authority”, adding: “Given your commitment at the start of the New Year to “fixing” Facebook, I hope that this representative will be you.”

Mr Collins has asked for a response to his request by 26 March.

UK Information Commissioner Elizabeth Denham is investigating Cambridge Analytica over claims it used personal data to influence the US election.

Christopher Wylie, who worked with the company, claimed it amassed the data of millions of people through a personality quiz on Facebook called This is Your Digital Life that was created by an academic.

Facebook said Aleksandr Kogan, who created the personality app from which the data had been harvested, has agreed to be audited, but Mr Wylie – who made the claims about the way the data was gathered and used – has declined.

In the footage, asked what “deep digging” could be done, Mr Nix told an undercover reporter: “Oh, we do a lot more than that.”

He suggested one way to target an individual was to “offer them a deal that’s too good to be true and make sure that’s video recorded”.

He also said he could “send some girls around to the candidate’s house…” adding that Ukrainian girls “are very beautiful, I find that works very well”.

Mr Nix continued: “I’m just giving you examples of what can be done and what has been done.”

Channel 4 News said its reporter had posed as a fixer for a wealthy client hoping to get a political candidate elected in Sri Lanka.

However, Cambridge Analytica said the report had “grossly misrepresented” the conversations caught on camera.

“In playing along with this line of conversation, and partly to spare our ‘client’ from embarrassment, we entertained a series of ludicrous hypothetical scenarios,” the company said in a statement.

“Cambridge Analytica does not condone or engage in entrapment, bribes or so-called ‘honey traps’,” it said.

Mr Nix told the BBC’s Newsnight programme that he regarded the report as a “misrepresentation of the facts” and said he felt the firm had been “deliberately entrapped”.

On its website, Cambridge Analytica says it can provide data and insights to “drive your voters to the polls and win your campaign” and says it has played a “pivotal role” in winning US presidential races.

There are a few things to be aware of if you want to restrict who has access to your data.

“Many apps on your phone will have permission to access location data, your entire phone book and so on. It is just the tip of the iceberg.”

More on this story