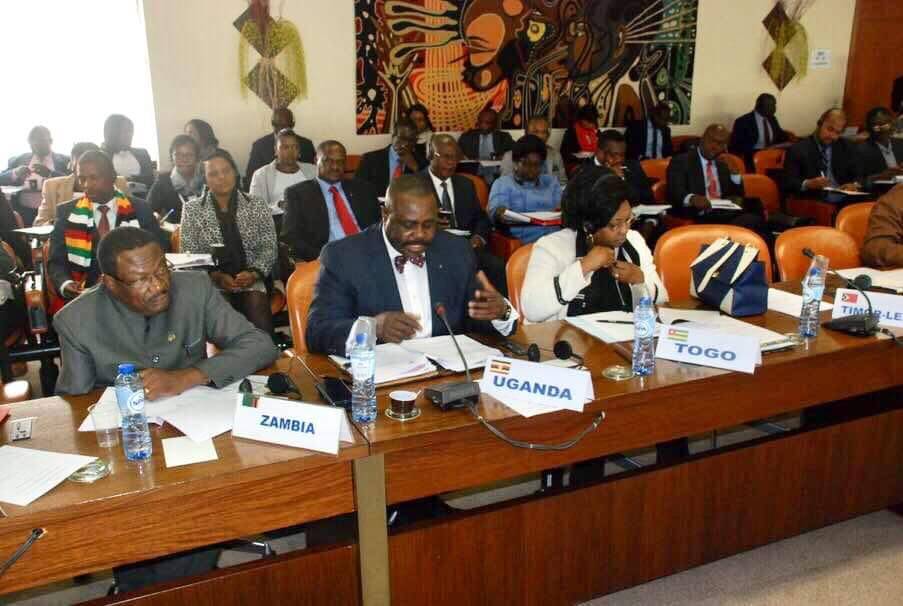 The report highlights the importance of the states and regional dynamics within the ACP group and challenges facing the ACP-EU Joint Parliamentary Assembly. It indicates that the preservation of an overarching ACP-EU framework is of paramount prominence for the success of the future partnership. The ‘umbrella’ partnership will make it possible to build on the acquis of the Cotonou agreement by reinforcing cooperation on the common values, principles and essential elements as this will facilitate cooperation between the EU and the ACP group on global issues of common interest.

The Co-Rapporteurs’ Report also emphasized the trials that the Joint Parliamentary Assembly (JPA) faces. It points out that even though the JPA has gained legitimacy as a reference point for large-scale parliamentary cooperation for over 18 years; its effectiveness has been constrained by factors such as; the JPA remaining as a consultative body without legislative powers. This according to the report limits ACP members to act as government representatives and make decisions mainly on the basis of their national government’s interests yet the EU members represent different political groups. The lack of internal political organization of ACP members can also hinder the decision-making process, urging that MEPs and ACP members should therefore approach issues from different perspectives.

In addition, the lack of active engagement and participation in meetings in Brussels by Members of the European Parliament has the potential to undermine the spirit of the partnership and create a lack of continuity in the JPA’s work.

The report recommends the exercise of independence of ACP members and suggests that this obstacle could be overcome through the inclusion of representatives of opposition parties, which would increase the legitimacy of the JPA by guaranteeing the independence of its members.

Furthermore, it urges the new parliamentary dimension to ensure transparency in its activities and remain accountable to the citizens of member states, stressing that Parliamentary cooperation should also make better use of its scope for dialogue and negotiation to facilitate joint action and the building of effective coalitions in the international arena.

Oulanyah who is also a member of the Committee on Political Affairs is a strong supporter of an inclusive JPA where representatives of national opposition parties in the JPA are able to attend and participate thereby enabling better parliamentary scrutiny and guaranteeing the independence. He re-echoed the need for such urgent modifications of the JPA…

“The other issue is on the participation of the opposition. The EU Parliament suggests that members of the opposition are represented in the ACP Assembly. We are not saying there should be no opposition but we are only asking the basis of how it is arranged”, Oulanyah.

He added that an Assembly that does not feed into the processes generated by an executive is simply some forum of discussion. “We want an assembly that will come to have as near as possible legislative functions and functions that facilitate an oversight role of an assembly”, Oulanyah said.

The Cotonou Partnership Agreement (CPA) between the Africa, Caribbean and Pacific (ACP) states and the European Union (EU) is a multidimensional, legally binding agreement with a strong political component. The CPA created a solid reciprocal partnership and has reinforced ties between the peoples and countries of the ACP and the EU based on common values and principles such as shared responsibility, sustainable development, good governance, democracy and respect for human rights. The expiration of the CPA in February 2020 will present an opportunity for reform. Negotiations will be taking place in connection with the implementation of the 2030 Agenda and its Sustainable Development Goals, the European Consensus on Development, and Agenda 2063.