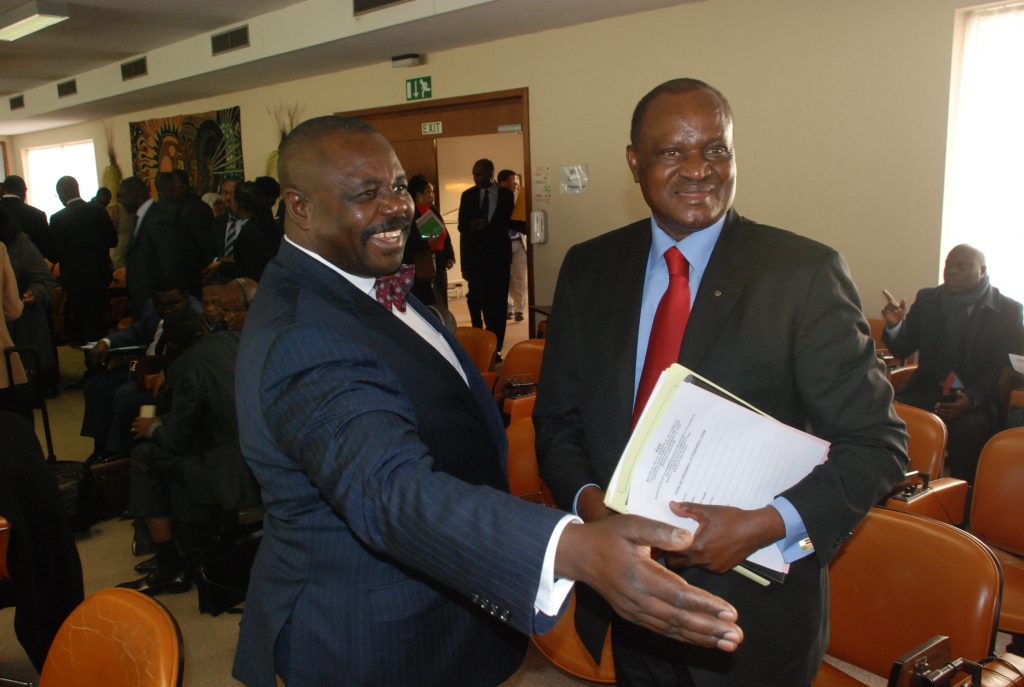 BRUSSELS, BELGIUM: The Deputy Speaker of Parliament, Jacob Oulanyah, says it is practically impossible to have the opposition represented in the African, Caribbean and Pacific – European Union (ACP-EU) joint parliamentary assembly.

Oulanyah who is leading Uganda’s delegation to the 49th ACP-EU joint parliamentary assembly in Brussels, Belgium from 19 to 24 March 2018 says the European Union has proposed that the ACP side have representation of the opposition parties to the assembly, which he says is problematic.

“We are not saying there should be no opposition but we are only asking the basis of it and how do you arrange it,” he said.

“The European Parliament represents their parties but the ACP is different. We are directly elected by our people and sent to our assemblies and these have sent us here,” he said. He added that “Our foot rests on the people we represent. How do we make these relevant to them?”

He said that the ACP-EU Assembly should not be equated to international NGOs arguing that the Pan African and East African Parliaments should be examples to be emulated in the post 2020 era.

“I am conscious of the difference that this particular framework had with national assemblies but how close can we go to what happens in national assemblies? This has already happened in other regional Parliaments. How do we begin thinking of having such legislative powers,” Oulanyah said.

The fundamental principles of the Cotonou Agreement include equality of partners, global participation, dialogue and regionalisation.

diplomatic statement to be sent to the African Union Summit stating that there is need for unity in the post-Cotonou negotiations.