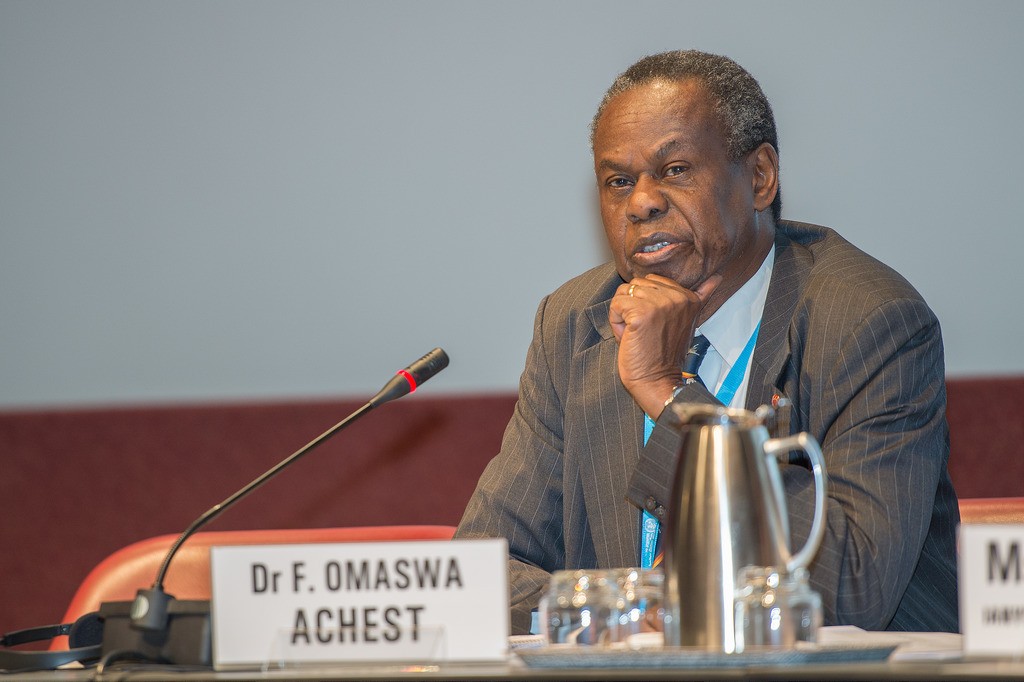 Speaking at the global health conference convened by Tropical Health and Education Trust (THET) Omaswa reminded government that health workers like nurses and midwives play a vital role in the provision of health services to the population since they dedicate of their time to providing health services to the population which will not be the case with village health teams who will only dedicate part of their time to serve the population. He then says, having village health teams replace them will then pause a huge health threat to the masses in Uganda among other developing nations that are planning to resort to this method.

The retired cardiologist adds that though government plans to pay the same amount of salary paid to midwives and nurses to community health workers, then this will see Uganda waste her resources as they will need to be trained to fit into the system.

Then prof. Omaswa advises that the village health teams or community health teams do complementary work to the qualified health workers in the country.

At same conference, the director general WHO Dr. Tedros Ghebreyesus expressed concern over the deficit of qualified health workers at health facilities mainly in developing saying that such condition limit masses from accessing quality health care services and need to be addressed by the respective states.

Dr. Tedros in his remarks at the annual global health conference held in London mentioned that between now and 2030 aging populations coupled with increasing non communicable diseases will generate demand for an additional 40 million health workers globally which will see a shortfall of 18 million health workers felt in the poorest countries if not addressed.

However, the country director Tropical Health and Education Trust (THET) Uganda Paul Ahura who represented the country at the conference,  raises Uganda’s concerns that are similar to those raised by the WHO representative saying that the country’s the ratio of 1.49 core health workers per 1,000 population is far below the World Health Organization (WHO) recommended minimum of 2.3 health workers per 1,000 population adding that Uganda’s health needs are currently unmet, as highlighted by the Ugandan National Development Plan (2010/11 –2014/15).

Ahura notes that, THET has managed 44 partnerships to train 20,000 people, mainly healthcare workers and health care leaders through health partnerships in the country and they are yet to roll out the second phase of the training in different parts of the country and is soon rolling out the second phase of training health workers in the same districts of Kisiizi, Fortportal, Mbarara, Gulu, Mulago national referral hospitals to cement their already acquired competences got in the fast phase.

The annual global health is convened to share health ideas between developed and under developed countries which are then used by respective health workers in their nations to better service delivery.

We managed to visit one of the public hospitals’ general delivery wing in Kampala to ascertain the burden of medics to patients ratio where we landed on a one Prisca who had given new life to a baby girl and was frank to reveal to us that health workers at the facility were not matching the huge patient numbers at the facility, pointing out that a midwife attending to her would only visit her twice a day for just check up but was concerned with the time the health workers allocate to her as well as other patients which she said was not enough to fully address their health problems at the moment.

The visibly happy Prisca holding her new baby wished that she had some money to afford the private wing where she said, services were at least promising.

Explain The Attack on MPs Leader of opposition Demands