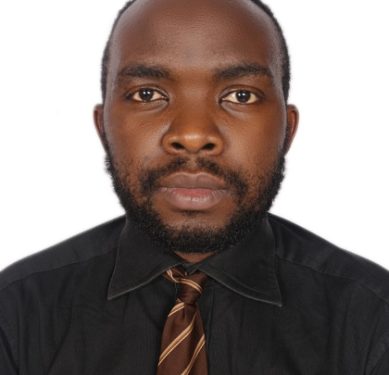 After a three-long hiatus 0ccasioned by the COVID-19 Pandemic, President Yoweri Museveni last Saturday hosted a cohort of print, electronic and online journalists at the State House.

Interactions of such a nature are not new and have been ongoing for decades if not centuries. In America’s case, it was President Woodrow Wilson who set the ball running by holding the first Presidential press conference in 1913. Eighteen of his predecessors have followed suit.

Most importantly, these events are seen as an opportunity to test the intellect of the Commander in Chief (CiC), and offer a platform for policy articulation with journalists present acting as public intermediaries.

At first, when I looked at the faces that were in Entebbe, I thought as a journalist who is out of work, my back is covered. I expected invitees to lay bare challenges that are bedeviling the media and how these problems pose an impediment to the development of a democratic society, national agenda ET alia.

Instead, my comrades opted for cliché questions and received cliché answers in return. As is the norm, food was served or envelopes were exchanged and that was it. For once, let us be real, there isn’t any other serious threat that Uganda is facing at the moment other than the collapse of its news media.

Whereas one might argue that M23’s shenanigans in Eastern Congo and vandalism of electricity assets and what have you are pertinent, as a journalist I expect issues affecting the media industry to be given utmost prominence.

Vandalism of electricity assets is worrying, yes; but that is something that Parliament or even security agencies can amicably handle. When shall we journalists ever turn up for ourselves?

It amazes me how we spend years fighting for others; nurses, teachers, and Policemen but we cannot fight for ourselves.

As I speak, a number of our comrades have spent close to a year without a salary. Their bosses, on the other hand, argue that they were affected by the Government’s move to cut expenditure at the peak of the COVID-19 Pandemic.  Whereas this has helped some sectors of Uganda’s economy to avoid collapse, these measures by Hon. Matia Kasaija has left a raft of media houses in a place where a ship can no longer float.

A June 2021 report by the African Center for Media Excellence (ACME) titled “A portrait of Ugandan Journalists in Turbulent Times” highlights this. It points out that New Vision Printing and Publishing Company, which is partly owned by the Government, for instance; registered a 20.63% and 18.33% decrease in print advertising and circulation revenues respectively.

Although there was an increase in revenues from radio advertising by 23.43% this was accompanied by decreases in print and digital advertising by 31.16%, 22.03% respectively.TV advertising also declined by 13.05%.

During the same period under review, Record Television closed shop after fifteen years of operations in Uganda. Many others like SEE TV, Delta TV, and other digital news outlets like Chimp Reports are on the verge of collapse.

I have interacted with a number of their journalists and jeez, some have spent months without pay. This Christmas surely is going to be a dark one.

It goes without a saying that the Government is the biggest advertiser. In October this year, ‘The Guardian’ reported that United Kingdom (UK) Ministries were given more than 930 million pounds to buy advertising space in an effort to sell Government policies ahead of the elections scheduled for January 23, 2025.

That’s some mad figure, imagine how many media jobs the aforementioned money would create in Uganda.

So I expected media moguls who were invited to Entebbe like our elder Arinaitwe Rugyendo and other journalists to speak to economic measures that can rescind this downward trend.

These can take the form of direct subsidies like tax breaks, funding for business innovations, and interactive media projects.

I think the time is now, to discuss these structural issues. The problem is that when you talk about Public Funding of Private Media, a number of citizens think their beloved media outlets will be to be captured (sic) something that is imprecise and not scientifically proven.

Collin Sparks a Professor of Media Studies in the Department of Journalism at Hong Kong Baptist University, has previously stated in his books that “Just as subsidy doesn’t necessarily mean Government intervention in content of the press, neither does its absence guarantee non-intervention.”

Revisit the Minimum Wages Bill that establishes a minimum wage for all employees in the country. This will uplift the welfare of journalists and help to resolve economic exploitation by those who employ them, a situation that has led many of them to resort to unprofessional exploitative conduct.

Long story short, I was disappointed by the questions my colleagues asked H.E. President Yoweri Museveni. They came as people who are aloof or inconsiderate.

The author is an unemployed Journalist