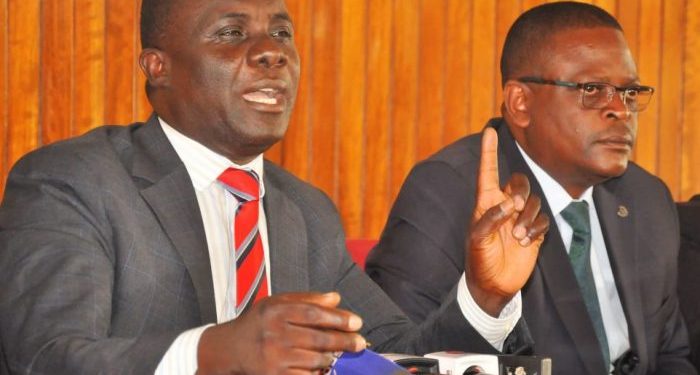 MPs Also  Call For  An Audit into  Ownership of the Public Land  .

The Buganda parliamentary Caucus has renewed calls for compensation of Mailo land owners in Buganda region as a way of settling land disputes arising from the duo land tenure system.

While addressing the press at parliament, members of parliament expressed concerns that the government has not utilized the land fund in the central region to settle land conflicts.

While Addressing the New Year Press Conference at parliament, members of the Buganda parliamentary caucus tasked the government to account for the 9000 square miles of public land which is in custody of the government, before fronting reforms in Mailo land reforms.

Legislators highlighted that public land has been parceled out to foreigners and other rich people in total disregard of the process. Now they want the government to carry out an audit on the people who were allocated public land to ascertain whether they are using the land as they requested.The caucus Chairperson Muhammad Muwanga Kivumbi has challenged government to make use the Land Fund and compensate all Mailo land owners in Buganda He believes this is the only fair measure to deal with duo ownership of land which  President Museveni has been castigating recently in his addresses rather than thinking of Land reforms.  MPs wonder why the government is using the Land fund to buy land for people in other regions of the country and not in Buganda region where the duo land tenure system reigns.

The Buganda Caucus members decried rampant land grabbing and evictions that have dominated the central region. The vice chairperson Buganda parliamentary caucus Dr Michael Lulume Bayiga noted that the grabbing of land in Buganda has changed the trend where land grabbers are now focusing on forest land. According to the Annual Police Crime Report of 2021, land related crimes increased by 4% with 332 very serious land related cases reported to CID headquarters alone.

Buganda region is also concerned with the recent creation of constituencies and other administrative Units which according to MPs is not equitable. They claim that Buganda Region, which is densely populated and contributes heavily to the National revenue, has the least number of constituencies and districts. They believe the region has not fairly benefited from wealth creation programs where resources are shared on the basis of constituencies and Parishes.