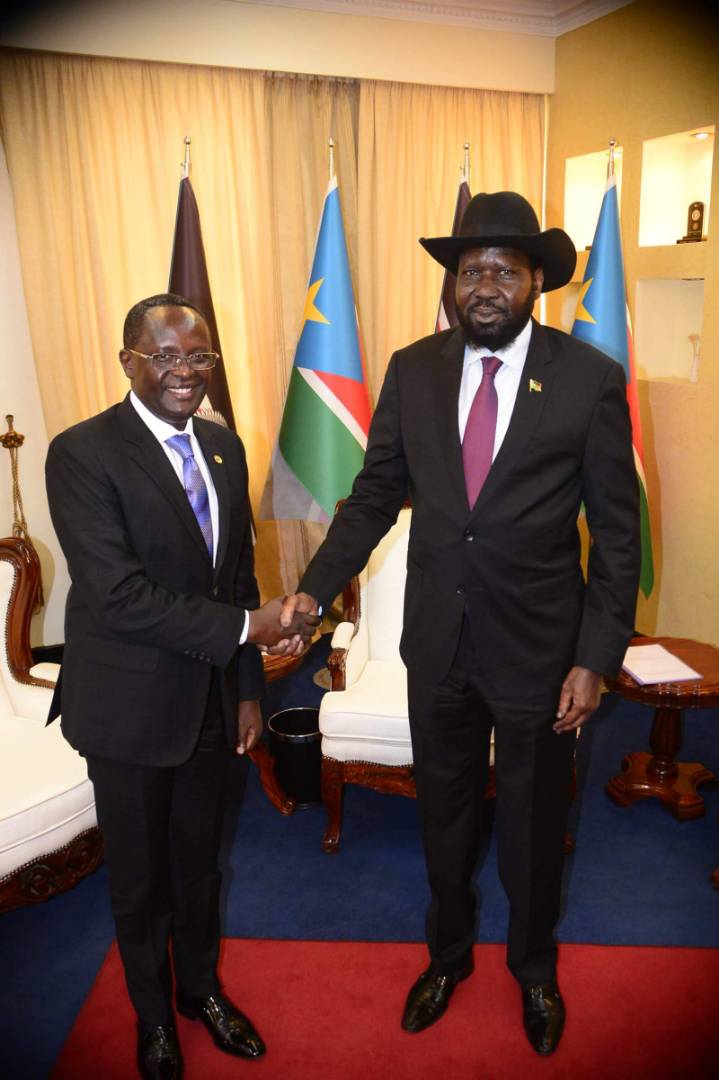 President Salva Kiir re-affirmed his Government’s commitment to the revitalization talks in Addis Ababa, Ethiopia saying peace and stability were the essence and cornerstone of development. The discussions further centered on strengthening of the bloc and how the Republic of South Sudan can accrue benefits of the integration process.

On his part, Rt Hon Martin Ngoga said the EALA was closely monitoring the peace talks, urging all sides to put the interests of the country first. The Speaker reiterated the regional Assembly’s moral support to the Republic of South Sudan as the Addis talks continue.

He remarked that EALA would at an appropriate occasion hold its Sittings in the country as part of its rotational principle and was keen to sensitise the citizens of the country on the benefits of integration. “We look forward to this, Your Excellency. My counterpart (Rt Hon Anthony Makana) and I are already in discussions on the same”, Rt Hon Ngoga said.

Earlier on, the EALA Speaker also paid a brief courtesy call on the 2nd Vice President, H.E Gen James Wani Igga in the Office of the Vice President.