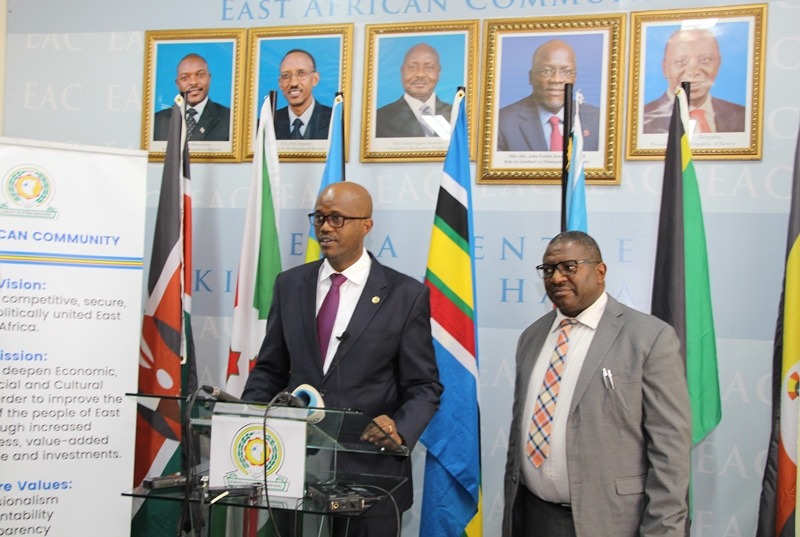 Preparations are in high gear for the Joint EAC Heads of State Retreat on Infrastructure and Health Financing and Development scheduled for 21st – 22nd February, 2018 at Speke Resort, Munyonyo, in Kampala, Uganda, EAC Secretary General Amb. Liberat Mfumukeko has said.

Amb. Mfumukeko said the joint Heads of State Retreat themed “Deepening and widening regional integration through Infrastructure and Health Sector Development in the EAC Partner States’’ is aimed at accelerating the attainment of the objectives of the EAC Development Strategy, African Union Agenda 2063 and the Sustainable Development Goals in the infrastructure and health sectors in the EAC.

He said the joint Retreat is expected to give impetus to infrastructure and health development by way of harnessing political support for regional flagship projects, funding commitments, and Public-Private Partnerships arrangements.

Amb Mfumukeko said that the EAC had identified infrastructure development and health as sectors in which it would have to invest massive resources to spur economic growth and prosperity in East Africa.

“Let me assure you that EAC Investment in Infrastructure projects and Health development continues to receive the utmost political attention by none other than EAC Heads of States,’’ said the Secretary General.

He further disclosed that the 4th Joint Retreat Programme will include an International Infrastructure and Health Sector Exhibition that will run from 21st to 22nd February, 2018. The Exhibition will provide a platform for players in the Infrastructure and Health sectors to showcase new products and services as well as exhibit the latest advances in research and innovation.

On the participation of the EAC Head of States, Secretary General confirmed to the media that all the  EAC Heads of State will attend the Joint Retreat on 22nd February and 19th Ordinary Summit on 23rd February, 2018.