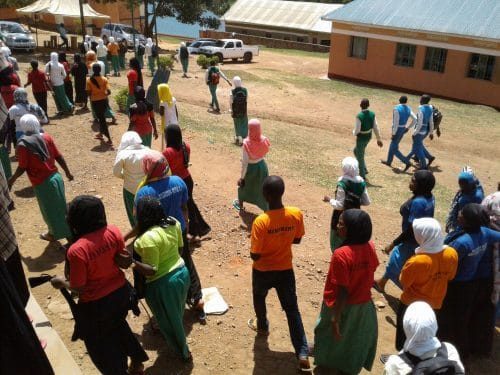 Private school owners are still asking govt to reconsider its action to close down schools on grounds that they are not matching with the required standards.

Govt through its education ministry has intensified its action of closing schools across the country with a good number of them falling victims and as this act is geared at fostering quality education in all schools.

Speaking at the thanks giving function for the O level exams, the director, Matugga mixed secondary schools on the matter, Haji Harunah Sulaiman Kikubira, the closure should have been done at the close of third term than at the beginning of this term with the act disorganizing both parents, learners and teachers.

Meanwhile, parents sounded not different from the teachers by asking govt to issues closure notices to none complaint schools at the end of the term to give them choice to transfer their children to other schools.

With school not meeting required standards, finance institutions are asking them to always work closely with their banks by getting loans to facilitate the setting up of required units in their respective school. Kasirye Muhammad Muyigwa a banker and Mafta Jamiru a credit officer caution school owners against rushing to money lenders saying they will always not consider saving the school but instead front their personal interests of getting back their money.

The closure of schools has greatly affected schools in Wakiso, Buikwe, Mbarara, Iganga among other rural districts of Uganda and thousands of pupils and students have been force to leave school prematurely with educationists warning that this will see a good number of learners drop out of school and thus impacting negatively on govt’s target to increase the numbers of learners enrolling in schools.